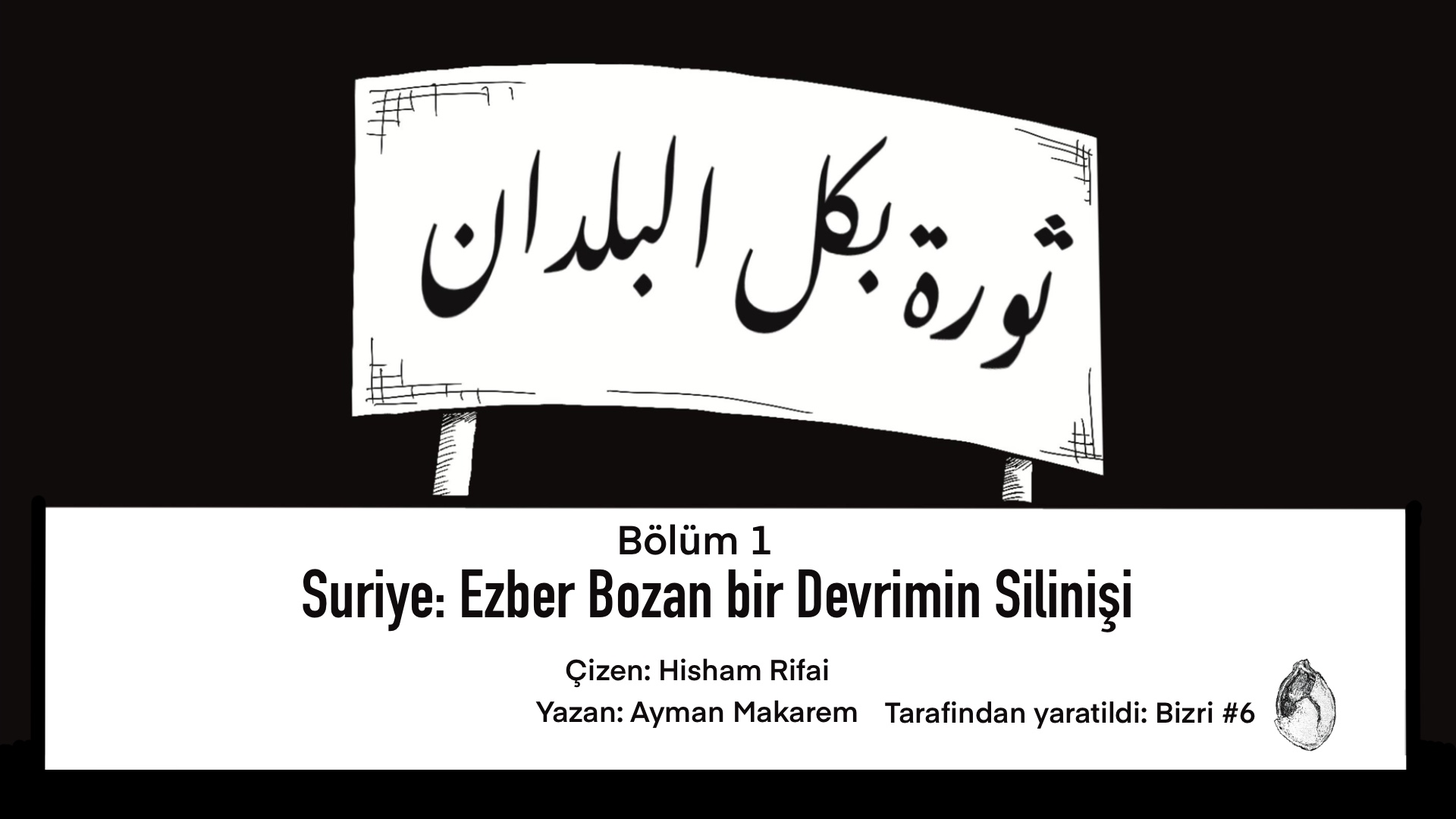 Assad or We Burn the Country – Sam Dagher

Erasing people through disinformation: Syria and the “anti-imperialism” of fools – Yassin Al-Haj Saleh

Pedagogies of Liberation, Gender and the Syrian Revolution (with Banah Ghadbian) – The Fire These Times

Syrian Revolution: A History From Below

Ayman Makarem is a Lebanese writer primarily interested in the intersection of the personal and the political.

Hisham Rifai is a Lebanese artist and illustrator. He is currently based in Antwerp, Belgium completing an advanced master’s in research in arts and design. His work aims to combine political urgency with artistic practices.

About this Comic Series:

Revolution in every country (ثورة بكل البلدان) is the name of a chant that was sung during the Lebanese uprisings in 2019. It was a chant of solidarity with communities in the SWANA region (South West Asian/ North African) and around the globe that were/are resisting their own oppressive regimes. The chant was rooted in the understanding that we, as people with revolutionary demands, have so much to learn from different revolutionary struggles, especially those happening concurrently: whether it’s learning how to build strong communities or learning how to turn off tear gas.

This comics series will cover inspiring revolutionary movements, events, ideas, and the frontline communities that are almost always erased in macro-level geo-political analyses. The comics will be both educational and accessible, and each comic will also be accompanied by a list of relevant books, podcasts, and/or documentaries on the topics discussed.