In the course of our reporting on resistance to the Dakota Access Pipeline, Unicorn Riot has filed several public records requests to local, state, and federal agencies involved in policing protest and approving the pipeline.

We believe public records are an important part of robust reporting, and have the potential to shine light on how public officials speak and act behind closed doors.

Earlier this week we filed a public records request to the North Dakota Highway Patrol for any emails they may have recently exchanged with Energy Transfer Partners, the corporation building the Dakota Access Pipeline.

This request was filed in an attempt to discover whether or not law enforcement has been deliberately acting on behalf of Energy Transfer Partners or their security contractors. Many have speculated that this is the case, and we sought these records in an attempt to confirm or deny these rumors.

As demonstrated by the researchers at LittleSis.org, Energy Transfer Partners is densely connected to a variety of powerful political and economic interests (more info here).

On Tuesday, the day after we filed our request, Captain Aaron R. Hummel, Administrative Services Division Commander for the North Dakota Highway Patrol, sent us what appears to be a form letter denying the release of any of the emails we had requested.

The box checked to justify the non-release of these records reads “To the extent [requested] [other records] may exist, the records [are] [would be] confidential or exempt in entirety, under N.D.C.C. § 44-04-24, 44-04-25.”  According to our research, the component of North Dakota open records law cited here only refers to:

We believe it is highly unlikely that every single email sent between the North Dakota Highway Patrol and Energy Transfer Partners falls under the public safety and security criteria outlined above.

Furthermore, in the event that the content of a given email could be withheld under these criteria, certain information, such as the time, date, sender, and recipient of an email, still constitute public records which should be released.

We have appealed the denial of this request and will provide updates as they come.

We are also in the process of engaging records requests with the Office of North Dakota Governor Jack Dalrymple, the Bureau of Indian Affairs, and the Morton County Sheriff’s Office.


We will continue to bring you updates around resistance to the Dakota Access Pipeline as events unfold.
For a recap of our coverage to date, see below. 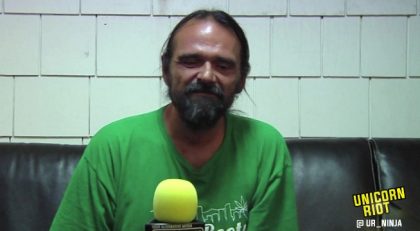