[LIVE] St. Paul, MN: ‘The Secret March: Derek Chauvin Must Be Locked Up’

[Live] Tent Encampment Residents Speak Out Against Sweeps in Denver 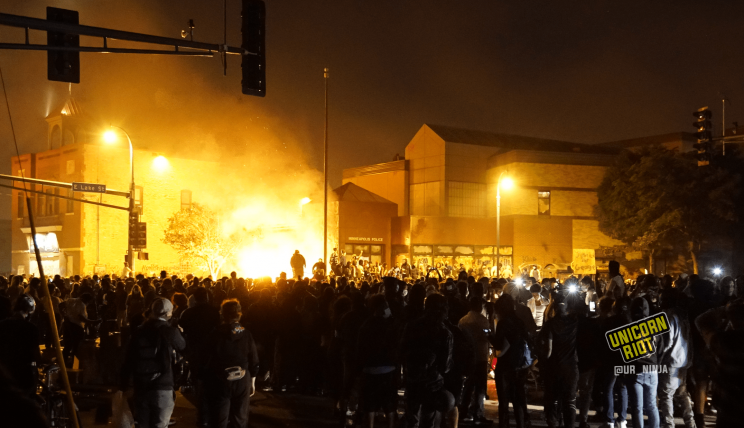 Minneapolis, MN – Waves of rage tore through the Twin Cities community after a video of Minneapolis police officers mercilessly killing George Floyd went viral. Fires were lit across the world as a new movement spread rapidly with the goal of dismantling the police and all other racist institutions.

Since the beginning of the uprising, Unicorn Riot has provided dozens of hours of live streams and coverage documenting the first two weeks after Floyd’s death in the Twin Cities.

Below is a snapshot of the series of events that took place in those two weeks, detailed in chronological order. We preface this summary report by saying it only contains portions of our own original reporting from the first two weeks following Floyd’s death; much more happened during this time period that we did not report on. (Click here to navigate to specific days.) Read More …

Unicorn Riot live streams are supported through donations from viewers like you. Unicorn Riot is a non-profit  independent media organization that does not accept corporate or government donations and does not run ads or hide media behind paywalls. Our media is distributed under the Creative Commons Non-Commercial Share-Alike license [CC-BY-NC-SA].