Santiago, Chile – Protests spanned the length of Chile on Tuesday, May 10, as the Chilean student movement took to the streets for their second national day of action this year. In a press release, the national student union, Confech, said that over a quarter million people participated in events throughout Chile, with an estimated 80,000 people marching in Santiago.

In Valdivia, a journalism student was gravely injured when he was hit in the face with a CS gas canister, Resumen Latino Americano reported.

In Santiago, 105 people were arrested, including the 15 year-old son of the national superintendent of K-12 education, according to la Tercera. There were reports of bystanders not involved in the protests also being arrested.

The march paralyzed the center of Santiago, a city of more than seven million people, for over three hours. Confech materials identified the march with the tag #finaladeuda, “end the debt.” 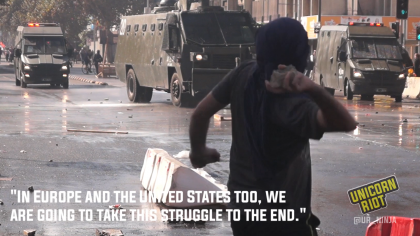 Chile: Fifty-One Arrested During May 1st Protest for Labor and Immigration Rights 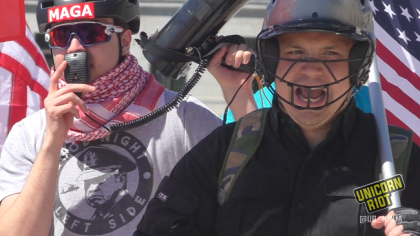