Denver, CO – On May 20, 2017, Ingrid Encalada Latorre left sanctuary at Mountain View Friends Meeting and returned home to her children, nine-year-old Bryant and two-year-old Anibel, who are both U.S. citizens. She was granted a temporary stay of removal until August 7, 2017.

When Jeanette Vizguerra, internationally-known immigrant rights activist and undocumented immigrant, left sanctuary on May 12, 2017, Encalada Latorre was the sole person living in sanctuary in Denver.

We are very pleased that we were able to work out an agreement with our local office of immigration and customs enforcement that will allow Ingrid a temporary stay of removal until August 7th for the time necessary to appear in court in her ineffective assistance of counsel motion and see the case through conclusion. It is an agreement that strikes a proper balance between ICE’s duty to enforce the immigration laws with Ingrid’s Constitutional right to Due Process.”

During her nearly six-month duration in sanctuary, she only left the Quaker meetinghouse once. On May 3, 2017, she left for a few hours to attend her court hearing in front of Judge Dennis Hall. He ruled in Encalada Latorre’s favor to allow her to move toward reducing a felony conviction of identity theft to a misdemeanor, which could secure her permanent residency in the U.S.

If she can prove that her previous lawyer gave her bad advice and was incompetent, which is why she plead guilty to the charge, she will be able to re-try her conviction. If her conviction is reduced to a misdemeanor, she is able to apply for cancellation of removal–the halt of deportation proceedings.

We are human beings. We are your neighbors and friends living and working alongside citizens. We will continue to resist until our full humanity, contributions and place in this country are recognized.”

The stay of removal will allow her to attend the next step in her court process. Her next hearing in July will determine whether she was misadvised by her criminal defense attorney in her original case.

We call on the United States President to abide by and support sustainable development goals at the United Nations so no one is forced to migrate for sustenance. Ingrid and her family, Jeanette and Arturo’s are the leaders of a movement of people displaced in large part by our policies at home and abroad. As communities of faith we engage in Sanctuary to elevate their voices and deeper questions and to push our elected leaders to answer. We are encouraged to see their three families temporarily united but we need policies that will protect and keep families together here and abroad.” 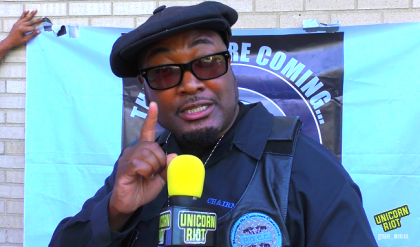 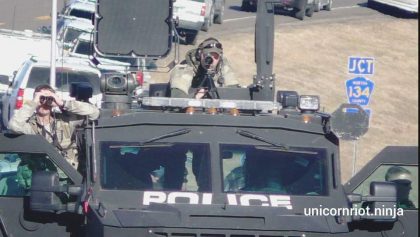