Minneapolis, MN – On May 27th, Unicorn Riot attended the Queer Dance Party Deluxe [QDP] at the Seward Cafe. The dance party, held monthly to bi-monthly at the Seward Cafe, was co-organized by Max, who is one of the collective members who helps operate the Cafe. Max explained that the cafe is a cooperative owned & operated queer space that tries to throw regular queer events for the local community.

Max emphasized that they considered the Seward a safe space for the queer community and when we entered the Seward Cafe, a small sign at the door said,

“This space has zero tolerance for misogyny, transphobia, homophobia, racism, ableism, and gender policing. Don’t be a turd. If you have any issues and safety concerns during the event, please notify a staff member and we will take action to support you.“

Max explained that the goal of the Queer Dance Party was to provide a space for the queer community to raise awareness of social justice issues which affected them, but also just to dance.

Alex, a co-organizer of the event, said they wanted to raise awareness of the issues in Chechyna, but also wanted to help hold queer space, which they felt was important in the United States. They felt the more spaces the queer community had, they safer they are. They said,

“The more we stand up, the more community we can foster, the safer we all will be if we stand together.“

Max and Alex mentioned that the world currently felt like it was falling apart. Despite their concerns about current queer issues, Max said that it was important to “be a part of that scene, of having that conversation, but also having fun, and creating a space for people to feel comfortable.” 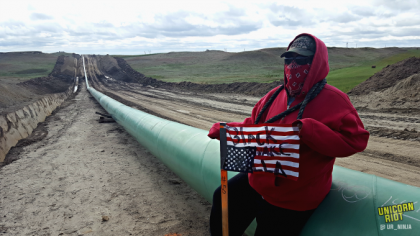 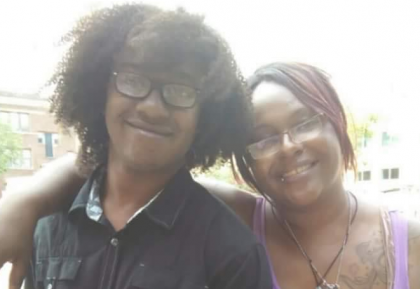 Speak Out For Khaleel Thompson