Boston, MA – On Friday, March 2nd, neighborhoods around Boston and along the shores of Massachusetts experienced another ‘bombogenesis’ winter storm with unprecedented levels of coastal flooding. Unicorn Riot saw some flooding in Boston’s low-lying Seaport District, which has no major ocean surge mitigation structures.

Two more high tides in Boston – midnight Friday and around noon Saturday – are considered likely to crest at higher levels than today’s estimated 14.67. This level was the third-highest since record keeping began in 1928.

It’s been less than two months since a January 4th storm caused major flooding in a ‘hundred year’ event. Today’s storm packs a similar punch along the coasts, albeit with less snow. Winds continue to push water towards the shoreline, increasing the storm surge level to an estimated three feet in some areas.

The National Weather Service advised 40 feet waves are possible off Cape Cod; hurricane-scale gusts in the Cape and Islands have been reported Friday afternoon.

The water is rising in #Boston – @PaulWBZ is at the corner of State Street and Atlantic Avenue #noreaster pic.twitter.com/iKzEukUErQ

#BREAKING: Water is dripping into #AquariumStation and #BlueLine trains are no longer making stops there, the MBTA said via @JoePesaturo. #flooding #boston #weather #noreaster pic.twitter.com/UZcqiwUUDI

Low-lying junctions around the Boston area, including Neponset Circle where a rescue was required on Jan. 4th, flooded once again. Dorchester and South Boston both saw major effects from storm surge.

East Boston experienced significant flooding with harbor saltwater spilling into the neighborhood. One adventurous local took to the streets with a kayak.

Southeast of Boston, Quincy got hit hard with storm surge, light wind damage and large waves breaking over the seawall.

Hopefully all of our neighbors in #Quincy & surrounding areas are surviving the storm! We had minor casualties (section of gate/fence down & weathervane/cupola blew off garage roof) but many have it much worse. Our neighbor took this video & its not even high tide yet. Stay safe! pic.twitter.com/qTCR1siAxO

In Cape Ann, Gloucester’s football field flooded for the second time this year.

Watertown, which is not a coastal town, was hit with severe damage to its electrical infrastructure along Arsenal St.

Flooding in Boston’s developing Seaport District has highlighted the risks to businesses and residents. The area has been pitched as a high-tech hub, with massive subsidies granted to General Electric for a new headquarters and a likely deal handing out tens of millions of dollars to Amazon expected within weeks.

Today the GE headquarters site along Fort Point Channel was also thoroughly inundated, along with extensive flooding along A Street for the second time so far this year.

At the end of a press conference last night, Republican Gov. Charlie Baker, who has been leading the charge to hand out subsidies to large corporations in exchange for renting office buildings alongside Democratic Boston Mayor Marty Walsh, downplayed the risks to the Seaport District. He evaded a question about whether Seaport flooding will be a regular occurrence. Video of the press conference is here:

Estimates have been reduced to below 15 feet for the next two crests in the Boston Harbor. The greater risk of damage is in more exposed communities where seawater is expected to cause extreme erosion, threatening to destroy homes and businesses along the shoreline.

COASTAL FLOODING … #Boston reached its 3rd highest tide observed at 14.67 feet (since records began back in 1928); with the next high tide and 3-4 feet of surge forecast, expecting a crest at 14.9 feet with the high tide near midnight pic.twitter.com/iORs1CRLm6

The storm surge is coming. This storm is for real. Be safe pic.twitter.com/I7wpNwYbD2

There are prospects for a complex seawall to shield Boston from storm surges in the coming decades.

For further analysis of the rising waters in Boston, see “The Seaport flood is just the beginning” by Jason Pramas. The 2016 report of “Climate Ready Boston” (PDF) and a 2017 report, “Coastal Resilience Solutions for East Boston and Charlestown” (PDF) is here; the official page is here. The city has published an interactive map with data overlays regarding flooding in future decades and vulnerable populations. 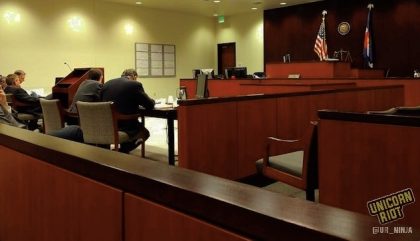