Minneapolis, MN – Hundreds marched for the 2018 Murdered Missing Indigenous Women’s march. The march, led by women singing the Women’s Warrior song, marked the fourth Valentine’s Day in a row that people have taken the streets clad in red hoping that people include the stories of missing murdered indigenous women in their everyday lives.

Many of the marchers carried signs with the pictures and names of missing loved ones. We spoke to a family holding a banner that read “Kateri Marie Mishow.” When we asked about the banner one of the people walking told us:

“My sister-in-law has been missing since January of ’07. We just want answers. And bring her home. Her name was Kateri Marie Mishow.”

When we spoke with march participant Brenda about what they’d like people to know, she said, “Please speak up and don’t hide from violence. If you see somebody getting abused, or if you’re getting abused yourself — please speak up, and no more silence.”

Lisa of the Red Lake Nation, who grew up in Minneapolis, said:

“We’re marching for stolen women on stolen land. And we’re still a colonized people. We’re still having to negotiate our basic rights as indigenous people, and native people.”

The march ended with a meal at the American Indian Center (AIC), where flyers were being handed out that read, “Honoring our Missing & Murdered Indigenous Women, Girls, Boys, LGBQI, Two Spirit and Transgender Relatives.” Hundreds had marched to the AIC holding that as their goal. The people we spoke with said that they hoped more people would invoke the missing & murdered indigenous women in their daily lives so more people can hear the call to put a stop to the theft of loved ones. 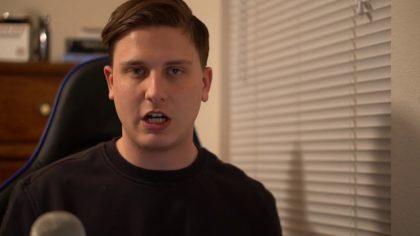