Mandan, ND – Attorneys for Red Fawn Fallis have announced that they have reached an agreement with government prosecutors in her case, which was set to go to trial later this month on January 28th.

Under the agreement announced on Tuesday, Fallis would plead guilty to counts 1 (Civil Disorder) and 3 (Possession of a Firearm and Ammunition by a Convicted Felon) of the indictment brought against her, in exchange for dropping the more serious second count of Discharge of a Firearm in Relation to a Felony Crime of Violence.

The US Attorney’s Office prosecuting the case has agreed to ask the judge for a sentence of no more than 7 years, but District Judge Daniel Hovland could still legally set a sentence of up to 10 years.

A statement from the Water Protector Legal Collective explained the motivation behind Red Fawn’s choice to take the plea:

Red Fawn has been fighting an uphill battle at every stage of this case. She is facing up to life in prison and the prospect of a trial in North Dakota where there has been extensive pre-trial publicity adverse to Water Protectors and against the no-DAPL movement. Rulings against Red Fawn at every step of proceedings have left the defense with insufficient information about the paid FBI informant who became her boyfriend and who plans to testify against her at trial. The government has refused to provide full disclosure of even potentially exculpatory surveillance and other records in the possession of TigerSwan and other private security firms who coordinated with law enforcement during the encampments at Standing Rock and had targeted Red Fawn as a leader.

Given these circumstances, Red Fawn has made the very difficult decision to enter into a plea agreement that still risks significant prison time, but removes the mandatory minimum and the possibility of life imprisonment. The agreement relates only to Red Fawn and will not harm other Water Protectors.”

Fallis had initially been charged in North Dakota state court with the attempted murder of a police officer after she was arrested during the military police raid on October 27, 2016 to seize treaty land near the Standing Rock reservation for the Dakota Access Pipeline (DAPL) and remove an indigenous resistance camp from its path.

North Dakota state charges against Red Fawn were later dropped, and new federal charges were filed, with an indictment bringing 3 counts of Civil Disorder, Discharge of a Firearm in Relation to a Felony Crime of Violence, and Possession of a Firearm and Ammunition by a Convicted Felon.

Police said that they had targeted Red Fawn for arrest because they saw her acting as an “agitator,” and officers claimed that when they placed her under arrest, she pulled a gun and fired several shots (nobody was struck).

Fallis’ supporters have long maintained her innocence, and records recently obtained by The Intercept show that the gun in question actually belonged to Heath Harmon, Fallis’ boyfriend at the time, who was working as an FBI informant.

The plea agreement is to be officially tendered in court hearing in Bismarck on Monday, January 22, when, if Judge Hovland accepts the plea, a sentencing date will be set. If Judge Hovland does not accept the plea bargain, Fallis could still go to trial on all three charges. 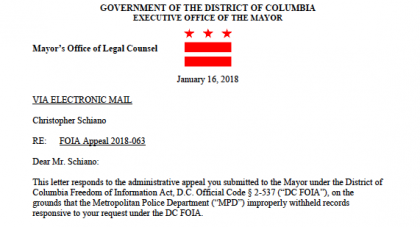