All defendants had originally faced felony charges of conspiracy to riot, engaging in a riot, and several counts of property destruction, with each person facing a sentence of up to 60 years in prison. The last 39 defendants have now had their charges dismissed without prejudice, meaning that charges could hypothetically be re-filed at a later date.

An email sent by Assistant US Attorney Rizwan Qureshi with the motion today said that the government would be dismissing charges in “all Inauguration Day rioting cases.”

On Trump’s inauguration day, DC police detained the entire “anti-capitalist, antifascist” march at 12th & L streets and mass-arrested over 200 people. Federal prosecutors then began pressing a massive dragnet felony case, arguing that at the protest was legally liable for all alleged criminal acts committed near the protest.

The case brought by Assistant US Attorneys Jennifer Kerkhoff and Rizwan Qureshi had fallen flat at trial twice, without securing any convictions. The first trial late last year ended in full acquittals after the government sought to convict six people based on their “mere presence” at the protest, arguing that by being present, they helped others commit property destruction.

The second trial in May and June 2018 saw four defendants walk with a mixture of acquittals and mistrial verdicts due to a hung jury, after jurors were not convinced by the alleged identification of masked individuals seen breaking windows in video footage.

The ‘J20’ prosecution has been riddled with controversy and prosecutorial misconduct throughout its duration. During the second trial this year, DC Superior Court Chief Judge Robert Morin sanctioned the US Attorney’s Office for illegally hiding evidence it had obtained from the discredited, far-right “entrapment journalism” group Project Veritas.

Other issues plaguing the case involved DC police officers with a clear bias against protesters. Detective Greggory Pemberton, the main detective behind the case, is an elected police union official with a history of making social media posts lambasting protesters. Another police witness, Officer William Chatman, made headlines for wearing a shirt celebrating police brutality around the courthouse after he testified in the second trial.

The US Attorney provided the following statement about their decision to dismiss the remaining cases: 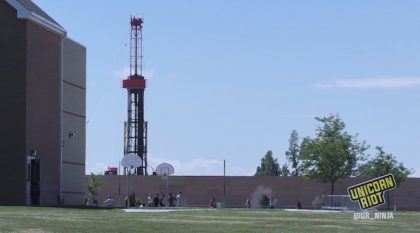