Indianapolis, IN – A pastor is leading the charge of reclaiming an abandoned school and creating a community-and-trades center on the east side of Indianapolis. Pastor Denell Howard’s vision of The Evolve Education Center is slowly coming to fruition after years of planning, praying and a community effort to fix the building up. Requiring about a half million dollars to get the lights turned on, the center needs the help of the broader community to generate enough resources together.

A volunteer named Stan, who spent months cleaning up the building, gave Unicorn Riot a tour of the reclaimed school in July 2021. We heard from Stan and Pastor Howard about their vision for the center and the work they’ve done up to that point.

With 40,000 square feet of space and dozens of rooms in the building, The Evolve Education Center is slated to be a technologically advanced facility with office space, conference rooms, a beauty and barbershop, a podcast room, music production space, a youth center, a senior space, HVAC and trades room, and a day care room. The center is also intending to offer trainings, resources, and more.

Eighty five percent of the planned rooms came directly from community input. After starting to work on the building in the past year, Pastor Howard and volunteers created a campaign called Dare 2 Dream and “went door-to-door asking the community what they would like to see in the building.”

“I would like to take credit for all of it. But it’s really the community that’s asked for the things that you see: the trade room — we talked to old Black men who were like ‘need to teach ’em how to fix something, they don’t know how to fix nothing anymore,’ this is why we have the trade room.

We talked to single mothers who say, ‘we got to help our kids learn how to cook.’ That’s what you have the Confidence Meals Kitchen, and all these kinds of things. So it’s not just my vision, but it came from the community.”

Formerly an elementary school, Edgar Evans Indianapolis Public School 11 has been closed for nearly a decade and abandoned for several years. Pastor Howard said the building peeked his interest as he drove down 42nd Street to Millersville Road a few years back.

Howard “pulled over, got out, walked on the parking lot and prayed for it.” He did the same thing every time he drove by — he would get out, walk through the grass and facility, pray over the grounds and ask God for it.

“The book says, wherever your feet tread, its yours. So we laid hold of it in spirit.”

One of his times stopping, Pastor Howard ran into the building manager who was boarding up windows and doors and asked him, “What’re you doing with my building?” He said after several conversations with the company that owns the building, he’s had control of it since around January 2021.

Committed to the community, Pastor Howard and his wife Keisha run E.V.O.L.V.E. Group (Educating for Victory Offering Leadership Vision & Empowerment), which holds the key, name and motive behind The Evolve Education Center, empowering the community with education, leadership, and vision.

Pastor Howard is more than just EVOLVE, he’s been mentoring Indianapolis youth from the streets to gymnasiums for many years. His church is also a focal point of community resourcefulness with youth programming, workshops, trainings, and mental health events among others.

He said he’s had great help from people like Stan to start the process of making The Evolve Education Center a reality.

“We’re pushing really hard … I don’t want to be here in 2023 still taking videos and doing interviews,” Pastor Howard said. They’re accepting donations online through the Hovey St. Church of Christ and Howard said “every dime we get is used to push the little things forward.”

Stan said the center is gonna be “for the people, by the people.” He said he’d been working on cleaning up the building since November 2020. Squatters were living in it and the damage was widespread. He said that the bulk of the work took “about two and a half months of dedicated day-to-day hard work” with at least three main people, including himself and the Pastor.

While giving a tour of the former school, Stan beamed with excitement at what could come to reality with the Evolve Center. While going through each room’s desired intentional purpose, Stan mentioned the work they’d done taking out the heating registers, ceiling tiles and chalkboards in many of the rooms, and the overall clean up efforts.

One of the many rooms Stan was most excited about was the trades room for welders, pipe fitters, HVAC and construction workers. That room has a built-in ventilation system and they have an idea to create a large opening that would lead to outside stations. Stan said: “Some people make like $23 an hour or $25 an hour, they make way more than what the folks with degrees make. So, going into a trade, I feel like, is way better than going to college depending on what you want to go for, but the skills never leaves you.”

Along with the program ‘From the Dirt to Your Plate,’ where you eat what you grow, Stan also spoke about plans for an outdoor courtyard for the elderly and building an aquaponics ecosystem for the kids with water, fish and plants.

The resources provided by the Evolve Center are endless, said Stan. They’re continuing the work of fixing up the building while trying to raise at least $1.2 million to get the center open, knowing it will likely cost a few million for all the plans to come to fruition. 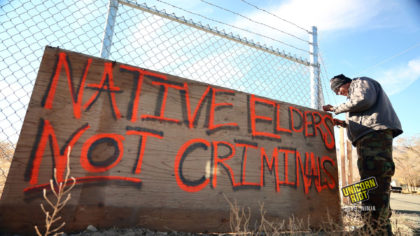 Winnemucca Indian Colony Defends Against Bulldozing of their Homes 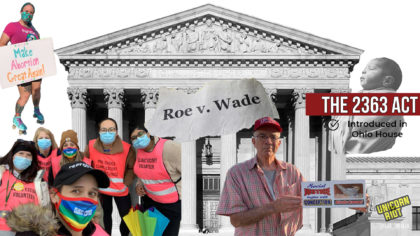 Freedom of Choice Under Fire in Ohio