Berlin, Germany – A massive police operation evicted the autonomous mobile encampment “Köpi Wagenplatz” which took up residence in front of the historic and decades-old Köpi squat. Police detained 20 during the siege-like eviction which took several hours on October 15. In response, large protests through Berlin and Hamburg featured fires, flares, barricades, and some property damage.

Mobile trailer parks, or ‘wagenplatz’ in German, are autonomous mobile encampments popularized during the squatters’ movement decades ago. Köpi-Platz, the evicted ‘wagenplatz’ was at Köpenicker Straße 133-136, outside of the Köpi squat, a reclaimed building turned into a cultural and housing center. Köpi is Berlin’s biggest squat and one of the oldest autonomous spaces left. The building itself is not under any threats of eviction unlike the mobile park.

The atmosphere in the city center was already tense in the days before the eviction. Several hundred police officers were on constant patrol in the streets near Köpi and a police helicopter made its rounds over the area. In the afternoon on October 14, the police closed off a large area around Köpi, declaring it a ‘red zone’ and only letting in people who lived or worked within the zone.

At 10 a.m. on Friday, October 15, the court bailiff showed up with the eviction notice. After three hours of police aggressively attempting to break and cut through the barricaded area, the court bailiff entered the square under police escort around 1:30 p.m., although two activists were still holding out in the trees.

Taking part in the operation were 2,000 police officers, water cannons, evacuation tanks, climbing teams, a special task force and a dog squad. Eventually, police erected scaffolding on the fence, which was reinforced with metal plates, until they decided to use medieval-looking crowbars to penetrate the site.

With the help of an evacuation tank, they slowly but effectively broke in.

During the eviction, hundreds of people gathered around Köpi at several rally points through the afternoon and evening, protesting loudly. A nighttime protest featured scenes reminiscent of the old days of the squatters’ movement in the legendary Kreuzberg neighborhood during the 80s and 90s.

At least 8,000 demonstrators marched through the streets of Berlin the night of the eviction. Bottles and stones were thrown towards the police, some cars were lit on fire, barricades were built, and the front of a Noble Hotel was damaged.

Police, who numbered in the thousands as well, responded with violence during and after the march, beating and arresting protesters and invading a bar to arrest people.

For Whom Was the Large Operation For?

The big question many are asking from the eviction: With such a large police operation, likely costing millions of euros, who does the eviction benefit?

Since 2013, the letterbox company Startezia GmbH, which is registered in Cologne, has been the official owner of the Köpi and area where the wagenplatz was. Everything suggests that the managing director going by the name, Yervand Chukhajyan, is a straw man. Information on him is scarce and he did not appear at the eviction proceedings before the regional court, despite an order to do so. Behind Startezia is the investment group Sanus AG, headed by the notorious Siegfried Nehls.

Sanus AG has bought the site for one million euros and is expected to earn up to 20 million from a building project. Yet, there is nothing to suggest that Startezia GmbH really wants to build, as it claims. The residents doubt the project and fear that further vacancies will be created for speculative purposes. It is more likely that Siegfried Nehls expects a much higher return from a cleared site, they say. The land price in the area has increased tenfold in the past ten years and Nehls is not famous for being honest, but rather for being a scandal-ridden real estate developer:

The legendary house on Köpenicker Straße 137, located in Berlin’s central borough of Mitte and on the edge of the famous Berlin Wall, was occupied on February 23, 1990. Shortly before, the building was vacated. The occupation prevented the planned demolition of the building. From day one, the Köpi house was and is a real brake on gentrification. Projects have been planned there since the 1990s and have been waiting in vain for the Köpi to be vacated ever since.

The Köpi is part of the big squatting wave that took place in West and East Berlin in the 80s and 90s. Large speculative vacancies were squatted. The owners hoped that the houses would be bought from them for a lot of money by the Senate or the federal government. This was resisted by squatting and this practice very successfully preserved many houses. Squats were spaces of experimental culture, alternative living and housing forms and revolutionary ideas. Most of the squatted buildings were evicted, but a lot of them have been contractually secured over the years.

Köpi has a long history of failed eviction attempts. The first was in 1996, when the then-owner Commerzbank tried to auction off the house in 1998, 1999, and 2000, until the residents received long-term contracts in 2007. Every one of those evictions were avoided due to large waves of solidarity by many supporters. In 2007, a forced auction took place where Commerzbank secretly sold Köpi and Köpi-Platz for half of the market value to a speculator behind whom the company Nehls Immobilien had hidden.

The commonly used rooms offer space for a wide variety of non-commercial cultural and sports events. Numerous bands from all over the world have performed in the two concert rooms over the past 20 years. Hundreds of theater performances as well as dance and other kinds of performances take place on the stages of the Köpi.

Moreover, there is a non-commercial video cinema, sports rooms that can be used free of charge, a self-managed screen printing workshop, the techno basement, Berlin’s oldest climbing room, the open office, vegan/vegetarian Volx kitchens, a band rehearsal room and much more.

By the time the car park was evicted, about 70 people lived in the Köpi compounds, with one third of them in the associated car park, including children, some of whom have lived in the house since birth.

As the eviction was occurring, a community member told Unicorn Riot autonomous living spaces are important for allowing people to live without hierarchy.

“We need more alternative living spaces and free spaces for people where they can live away from hierarchies and can express themselves and create spaces far from the state and from the police.“

Gentrification & A Referendum to Expropriate Apartments from Real Estate Giants

An artist that lived in the Köpi-Platz until the day of the eviction, told Unicorn Riot they have nowhere else to go and because of rising rent prices in Berlin many of those evicted “will end up on the streets.“

“I want to fight for this living space, for this creative space. I cannot imagine living in a normal apartment, I will miss my people here, I will miss my community. In fact though, this in not only a matter of choice, I have nowhere else to go and the same goes for a lot of people that lived here. They are not going to find a place anywhere else, the rent prices in Berlin have exploded. They will end up on the streets. This is what gentrification and luxury for the rich minorities does with people.”

Anonymous artist evicted from the Köpi-Platz in October 2021

The phrase used this phase of gentrification has been “redevelopment area,” i.e. an area in which there are special advantages for investors (fast approval planning, municipal funds for road construction and infrastructure, etc.), the creditors and landlord capitalists. The new plans for the place where the Köpi car park used to be includes lofts and luxury student residences and party and concert venues.

Redevelopment in Berlin has gone hand in hand with police and repression. Displacement processes are manifested in many ways and everywhere in Berlin various left wing projects are being dismantled. A new surveillance mania and heavy racial profiling takes place at the Görli Park. Evictions do not only affect left-wing projects though, even ordinary tenants have been put on the street, even amidst the pandemic.

The eviction of Köpi-Platz comes just weeks after the city of Berlin held a citizen referendum after 350,000 signatures were collected during a campaign against the big real estate sharks, that included several huge demos in the city of Berlin. The referendum won with 56% of the vote saying yes to a plan that would expropriate, or socialize, an estimated 240,000 apartments in Berlin that are currently owned mainly by two real estate giants.

Activists are continuing to organize and with some murmuring about exploring a rent strike as many are pushing for the city of Berlin to act now that the population has spoken.

Niko Georgiades, of Unicorn Riot, contributed to this report. 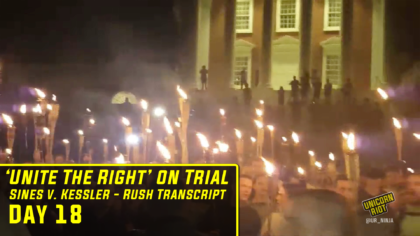 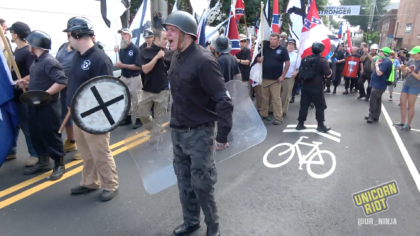