RUNDOWN:
#AnthonyWare, a 35 year old Tuscaloosa Alabama resident, died from being pepper sprayed by police while they were subduing him in the woods.

#EricGarner #ICantBreathe | The New York community continues their ongoing protest of the death of Eric Garner, a 43 year old Staten Island resident who was murdered by a NYPD chokehold last July. This week, his estate was awarded $5.9 million payable by the New York City taxpayers.

#DefendDenver | #PaulCastaway, a 35 year old Denver resident, was shot by Denver police on Sunday. The police version is different from the witnesses and the video that captured the four shots that killed Paul. Protests ensue in Denver.

#SrebrenicaGenocide #Vucic | This week marked the 20 year commemoration of the Srebrenica Genocide, in which almost 10,000 Muslims were murdered by a Bosnian Serb army. A member of that army, Aleksander Vucic, who is now Prime Minister of Serbia, visited a memorial site and was met with stone throwing relatives of the deceased.

#NoThirdRunway #Heathrow | Twenty two scheduled flights out of Heathrow Airport were halted when members of Plane Stupid, a direct action group, arm locked themselves down on the runway in protest of a proposed third runway at Heathrow claiming it will further damage the environment.

#aGreekMent #ThisIsACoup | Today, Wednesday, the Greek Parliament passed a new bailout program that is tellingly worse than what the country voted “OXI” (NO) to during last week’s referendum.

#APA #TorturePsychology | Senior officials from the American Pyschological Association (APA) were forced to resign in the wake of a 542 page special report detailing the collaboration between the APA, the FBI, the CIA, and the DOD to rewrite the ethics guidelines to deem torture acceptable.

#ThePirateBay | Co-founders of The Pirate Bay were cleared on all copyright infringement legalities that were brought against them.

#Ukraine #RightSector | The Right Sector, Azov Battalion, and other nationalist right wing paramilitary units have advanced on cities and set up roadblocks throughout Ukraine after a massive gunfight with police. The situation is ongoing as the Ukrainian government has deployed military to battle the fascist uprising. 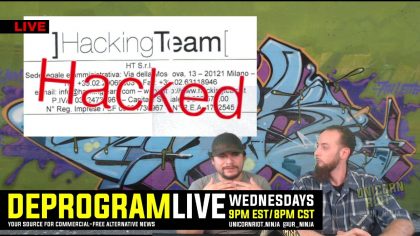 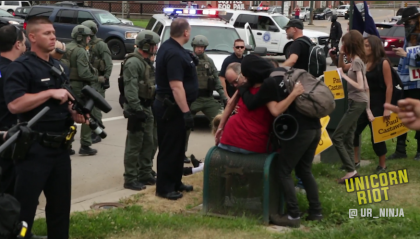