#Flint | Residents in Detroit & Flint march from Detroit to Flint, Michigan to raise awareness, not only about the water shutoffs plaguing Detroit, but also the reports of high levels of copper and lead in Flint’s water supply. After purported upgrades to Flint’s water system, officials claim the water is okay to drink, while residents claim foul taste and odor and increasing health problems.

#UnistotenCamp | The Unistoten camp has continued to stand in the path of various pipeline projects in so-called British Columbia. Recently Chevron has tried to start mapping on their territories and the RCMP has tried to enter the territory but has not been allowed on Unistoten’s unceded land.

#BlackLivesMatter | The Intercept reported that Black Lives Matter activists were tracked by federal agencies. The information release from The Intercept states that Federal agencies were tracking anyone who associated themselves with the Black Lives Matter movement and pulling information from a wide variety of public social media accounts such as Facebook, Twitter, &  Vine. The level of peacefulness from the activists wasn’t criteria for being tracked by the federal agencies, only that they were participating through association via social media platforms.

#RexdaleHenry | Rexdale Henry, a 53 year old Choctaw medicine man and civil rights activist dies after being booked into historically infamous Mississippi jail. Rexdale was booked in Neshoba County Jail after being pulled over in a traffic stop. Neshoba County jail is the same place where three young black men were murdered during the murders of the 1964 Mississippi Burnings. SNCC (Student Nonviolent Coordinating Committee) Co-Founder Diane Nash has combined with other activists to raise the monies needed for an independent autopsy.

#Honduras #DavidRomero | Protestors crash the outer gates of the courthouse, open doors to courtroom and free David Romero from his court appointment where he was facing 41 charges of defamation and slander in retaliation for exposing corruption. The court sentencing was suspended and David was brought to a Human Rights building where he is staying.

#China #HumanRights | One of the biggest crackdowns in China for decades happened this month. Starting July 10th, with the Wang Yu law firm and expanding over 19 provinces, Chinese authorities detained over one hundred human rights lawyers and over another hundred activists. State newspapers reported that they were detained on suspicions that they were gaining “fame and money” from stirring up “public pressure” against the government. Seven of the hundred plus are still detained and the whereabouts of 15 more are still unknown.

#Turkey #PKK | Last week we talked about the tragedy in #Suruc. In the preceeding days, members of the PKK (Kurdistan Workers’ Party) allegedly killed 3 Turkish police in response to perceived Turkish support of ISIL. Turkey then retaliated with mobilizing its air force to bomb both PKK and ISIL targets, in Syria as well as Iraq. During the first days of bombing, it’s reported that the Turkish government shut down the Kurdish Free Press. Since last Friday the bombings have continued, and today, Wednesday July 29th, was the heaviest bombardment of Kurdish regions. The PKK has allegedly continued its attacks against security details in Turkey, killing at least 9 members of police and military, setting up continual roadblocks and lighting cars on fire. Over the weekend Turkish forces initiated massive arrests in concentrated neighborhoods and cities around Turkey. A government spokesman is reported as saying that 1302 people were arrested and out of those 1302, 847 have ties to the PKK and a 137 to ISIL.

#NoGMO | The House of Representatives passed the Safe and Accurate Food Labeling Act. If this bill passes the Congress and is signed into law, it then voids out Connecticut, Maine, and Vermont states laws that require GMO labels.

#ElNino #ClimateChange | NASA has put out a study that claims that 1/3rd of ground water aquifers are being depleted faster than they’re being replenished. Also, in July climate news, a predicted “El Nino,” which some have called a “Godzilla” El Nino is expected to be the largest ever recorded in history. It’s predicted to affect global weather until spring of 2016.

#ShellNo | In a direct action aimed at stopping Shell’s Arctic Icebreaker ship, members of Greenpeace have hung themselves from a bridge forming a line that they hope will prevent the ship from traveling to the Arctic.

#SamDubose | During a time when the spotlight is on police brutality and killings of Black people, we are nearing record numbers of victims this year from police killings. On July 19th, Sam Dubose, became 639th person that the police have killed this year according to the website “Killed by Police”,  the a 43 year old Cincinnati man was shot in the head by University of Cincinnati campus police during a traffic stop. University of Cincinnati Officer Ray Tensing tussled with Sam through his window, pulled on his seat belt and shot Sam in the head. Ray Tensing has been charged with 1st Degree Murder.

MUSIC VIDEO: Rebel Diaz ft. dead prez & Rakaa Iriscience “Which Side Are You On” Remix

We showed one of the trio of videos we created around the issue of urban farming, using gardening as resistance, & Food Sovereignty.

We were joined by Michael McDowell, an organizer for Black Lives Matter Minneapolis. He spoke about his experience at the Movement 4 Black Lives Conference this past weekend and shared plenty of insights. 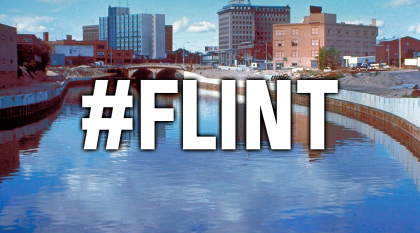 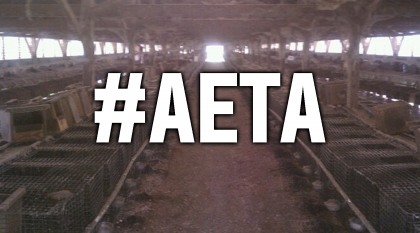