Columbia Heights, MN – Unicorn Riot documented a vigil held for Michael Kirvelay on December 5th, 2015 where we listened to witnesses to the police killing of Michael Kirvelay.

On November 24th, 2015, Jaime, Michael’s sister, had advised the police that her brother was unwell and having a mental episode, and she had reported that Michael had an unloaded BB gun. Five minutes after Jaime asked police for help, her brother was dead.

The vigil two weeks later began with Bill Kirvelay, Michael’s brother, stating that what happened was a clear case of police brutality.

Bill stated that it was the community against the thin blue line, and spoke about holding the police accountable. He thanked Black Lives Matter St Paul, Communities Against Police Brutality, and the Twin Cities Industrial Workers of the World for helping put the vigil together.

After speaking to Bill he suggested we speak to Denise Larson, Michael’s sister who witnessed the shooting.

Denise felt that while her brother had been unstable, the police officers had no cause to execute him. She believed the police would come in and behave like professionals; her brother was clearly suffering from issues related to mental health, which Jody, her sister, had explained to the police.

She stated to Unicorn Riot that she was shocked when the officers, Sgt. Erik Johnston from Columbia Heights and officer Shawn Murphy from Fridley, needlessly killed her brother.

Afterwards, Denise herself, would be held in a squad car for an hour, sitting amidst her brother’s blood, before being taken to the station. She stated that she was never offered anything to clean herself with and that when the police finally released her at 10:30 a.m. (after swabbing her for cheek cells for unknown reasons) she was still covered in her brother’s remains. It was only then, at 10:30 a.m., that Jaime, sister to Michael and Denise, would learn that her sister was still alive.

We interviewed Jaime about what happened:

After the police killed her brother, she too, was detained and taken to an interrogation room, where she was never informed about whether her family members were still alive. She eventually broke free from the interrogation room to tell her mother what had happened to Michael, and returned to the station to find her sister being released. This would be the first time she learned her sister lived.

Michael’s family members explained that while Michael had a criminal history, it was due to his fierce loyalty and defense of his family. Despite a history of mental health issues he was always caring, and was a believer in the Bible. He would ask to dance with his sisters, and would always share Laffy Taffy jokes in hope of making people laugh and uplift people’s moods. They said that Michael believed everyone just had to get together to make the world a better place.

After the vigil, a march ensued to the Columbia Heights police precinct, where Denise asked the police why it was reported that no one else was injured when the police themselves photographed and measured the wound Denise had received when the police shot her brother.

The police at the precinct responded that they weren’t there so they didn’t know anything about it. The police present at the precinct asked Denise to come inside if she wanted to talk, but she refused to be separated.

The family plans to follow up with a civil suit for the wrongful killing of Michael Kirvelay by the police.
— 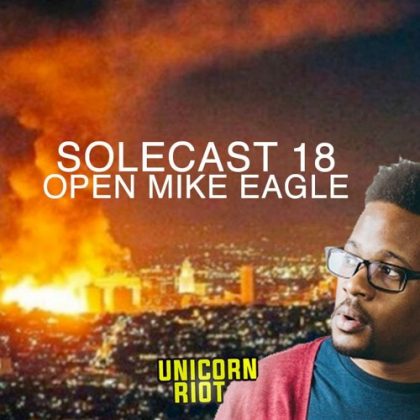 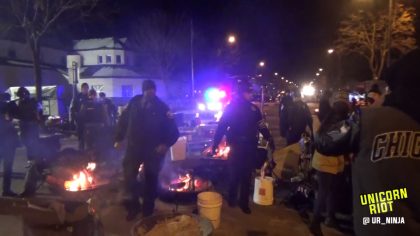