UPDATE: February 29th, 2016, two months after filing a restraining order against #BlackLivesMatter Minneapolis organizers, Mall of America attorney Susan Gaertner asked a judge to drop the orders. For her reasoning, she stated, “We believe that it had the correct effect on the goings on that day..In fact there was no protest at Mall of America on that day.”

UPDATE: On Tuesday afternoon Dec. 22nd, Judge Janisch granted one of the five parts of MOA’s lawsuit and denied the other four. A restraining order to not enter the Mall of America propery against Kandace Montgomery, Miski Noor, and Michael McDowell was upheld. Here is the MOA vs. BLM TRO Order memorandum and ruling.

Minneapolis, MN – Two days before Wednesday’s planned protest at the Mall of America (MOA), mall management has asked a judge for temporary restraining orders against Black Lives Matter Minneapolis (BLM-Mpls) organizers in an attempt to halt the protest. Although the judge technically has ninety days to order on a civil case, this case will likely be decided on by December 22nd.

On December 18th, letters from the MOA (pictured below) were served to two Black Lives Matter Minneapolis organizers requesting the cancellation of the protest. A third organizer, Michael McDowell, was served with papers right outside of the courtroom after court. He spoke about being served:

Hennepin County Judge Karen Janisch sat on the bench as MOA attorney Susan Gaertner spoke for twenty of her allotted thirty minutes. Gaertner focused on the need for the court to intervene on MOA’s behalf because the impending protest will occur on private property. During her rebuttal she stated her purpose was “to prevent an unlawful trespass on Mall of America property”, that “this is about the difference between public and private”, and that during the defendants’ arguments “the lines were blurred or ignored” between the two.

Attorney Gaertner repeated the demands made by BLM-Mpls: to #ReleaseTheTapes of Jamar Clark‘s killing, to have the police involved prosecuted outside of the police-friendly grand jury, and to bring federal domestic terrorism charges against white supremacists who shot five protesters. She then had this to say:

“Mall of America has nothing to do with the demands of Black Lives Matter, they can’t meet the demands of Black Lives Matter. Public and private have got totally muddled with the consequence that unless this court issues a temporary restraining order, protesters are going to feel emboldened, feel like they have permission to violate the law and come onto a private space and demonstrate despite the widely communicated desire and right of Mall of America to prohibit that. For the safety of its guests, for the experience of its guests…that is why a temporary restraining order is necessary.”

Representing the BLM-Mpls organizers in this case is Attorney Jordan Kushner who spoke for his allotted time and mainly focused on citizens’ constitutional rights, how the MOA has gone “overboard” in their asks of the court, and that no evidence has been submitted against these said organizers.

Kushner also condemned the “way out-of-line” attempt by the MOA to have organizers “publish things on social media that they want them to publish…with a specific message”, referring to the MOA’s request that organizers post onto social media that Wednesday‘s protest is being cancelled.  Should the court agree to the MOA’s request this action would be:

“…setting a precedent of a totalitarian society where people are actually ordered by the court, by the government, to deliver a specific message on behest of a private corporation.” – Attorney Jordan Kushner

Attorney Kushner spoke after court about the constitutional issues surrounding the case:

Before the court proceedings were finished Judge Janisch had many questions of clarification for MOA Attorney Susan Gaertner, including “why is this a civil case?” She consistently asked for other cases in which temporary restraining orders were used. She questioned the opinion put forth by the MOA that an anticipated “administrative burden on the courts” would be small. She said:

“I don’t think that I want to, you know, wouldn’t that be a huge burden on this court going on into the future? And perhaps I should just give up my civil case load and concentrate on this for the next year, I don’t know.”

The Judge pointed out the confusion regarding how to order the injunction and whether evidence exists that the accused organizers are actually the citizens who posted the event on social media, asking “who do I direct to do what?” MOA Attorney Gaertner replied, “Your Honor, I have to say that you do have a fairly cutting-edge challenge here in the area of social media” and that “they [BLM-Mpls organizers] have the ability, however they are organized, whoever puts things on their website, to communicate a message.” Attorney Gaertner then stated that because BLM-Mpls have the ability to “solicit” people to “violate the law and protest on Mall of America property” then “they have that ability to say ‘It’s canceled’ and ‘Here’s the court order that reminds you its against the law.'” The Judge responded with another question, “Who do I hold in contempt if the four defendants aren’t the people it turns out who are posting things on the website?”

One of the defendants, Miski Noor, spoke about her experience in court:

We will update this case as needed. In the meantime, pay attention to the nationally trending hashtag #MOASueMeToo.

Here is the full Livestream feed of the #MOASueMeToo report back: 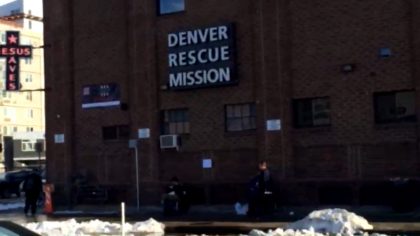 City of Denver Cracks Down on its Homeless Community 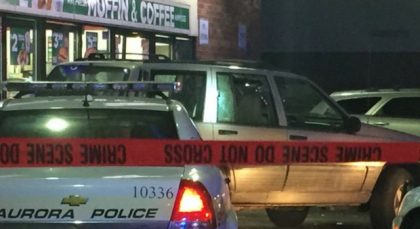