Philadelphia, PA – Sunday, June 24th, a day before the Democratic National Convention, thousands of climate justice advocates marched in the sweltering heat in downtown Philadelphia for a “Clean Energy Revolution“.

We were LIVE to gather interviews during the march. Watch the archived streams from the day’s events:

Groups from around the state of Pennsylvania came to join the #ClimateEnergyMarch and to “start the clean energy revolution…to defend mother earth.”

Many thousands marched about eight blocks down Market St. from City Hall to Independence Park.

At the conclusion of the route, marchers filed into Independence Park, where high-spirited speeches were made. At one point, a moment of silence was called for Berta Caceras, Mike Brown, Philando Castile, Alton Sterling and all the victims of state sanctioned violence across the globe.

There are many planned actions everyday during the DNC, this day was no different, as there were many Bernie Sanders supporters taking to the streets and camping out at FDR park.

"The ppl of this country are no longer willing to be ruled the way they are being ruled" > https://t.co/TTLbKwUFY3 < pic.twitter.com/ZwP0kWm3yJ

Watch the full event below: 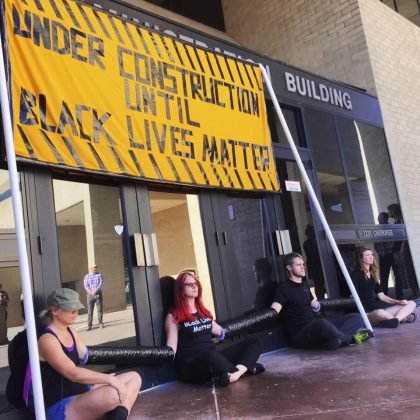 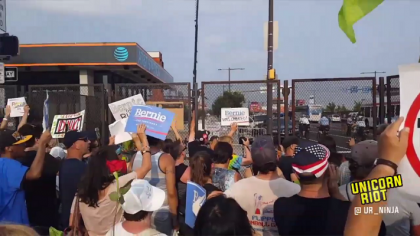