Minneapolis, MN – On June 2nd, 2016, concerned citizens with the Committee for Professional Policing formally delivered a large stack of ballot petitions to the City Clerk at the Minneapolis City Hall. After six years, and countless volunteer hours, 12,000 locally gathered signatures are now being processed to prepare the amendment for the ballot box this Fall. On November 8th, 2016, voters could make Minneapolis the first city in the United States to pass a “police insurance amendment“, which would require police officers to carry their own professional liability insurance (much like doctors, for example).

Passage of the amendment would create a financial incentive for police to serve and protect the community they are policing, instead of engaging in misconduct. Police officers who engage in misconduct will pay additional premiums out of pocket, eventually becoming un-insurable, and thus unable to continue working as a police officer. The community also expects this will save millions of taxpayer dollars from being awarded in lawsuits resulting from police brutality.

If the amendment passes at the ballot box this November with majority of voter support, the community expects this risk management strategy will finally be able to weed out police officers from the department who engage in misconduct, and prevent repeated malpractice. The Committee for Professional Policing expects that once other cities see how effective this strategy is, the idea will quickly spread to other cities.

Video of the full press conference on the Police Insurance Amendment is below.

Wording of the proposed police insurance amendment below:

“Section 7.3(a)(2) Police Officers. Each peace officer appointed in the police department must be licensed as required by law. Each such licensed officer may exercise any lawful power that a peace officer enjoys at common law or by general or special law, and may execute a warrant anywhere in the county. Each appointed police officer must provide proof of professional liability insurance coverage in the amount consistent with current limits under the statutory immunity provision of state law and must maintain continuous coverage throughout the course of employment as a police officer with the city. Such insurance must be the primary insurance for the officer and must include coverage for willful or malicious acts and acts outside the scope of the officer’s employment by the city. If the City Council desires, the city may reimburse officers for the base rate of this coverage but officers must be responsible for any additional costs due to personal or claims history. The city may not indemnify police officers against liability in any amount greater than required by State Statute unless the officer’s insurance is exhausted. This amendment shall take effect one year after passage.” 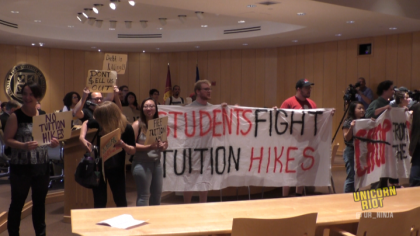