Standing Rock Sioux Reservation, ND – Though, for weeks, construction on the Dakota Access Pipeline has been halted at the site of the protest encampments, pipeline construction has continued unabated elsewhere. On August 31st, dozens of water protectors took it upon themselves to stop the ongoing construction by using non-violent direct action.

Unicorn Riot was live during this action.

Two Lakota warriors locked themselves to the construction machinery, giving statements such as, “I want clean water for my family and their relatives“, and “I’m here to stop this pipeline in a non-violent manner; I come in peace with prayer, with unity and solidarity, with my indigenous brothers and sisters, and I’m here to protect the water.”  Eight people were arrested throughout the morning action.

Watch the video below to hear statements from both warriors about why they put their bodies on the line. The non-violent direct action took place just off of Highway 6, south of Mandan, North Dakota.

It took the authorities over five hours to detach “Happi,” one of the warriors from the earth moving equipment; Happi spent more than six hours connected to the construction digger. Law enforcement officers’ struggled to break through the lock box in which Happi’s arms were circling the machine. It can be seen in the pictures below.

Police are having difficulty trying to use a hacksaw to cut through lockdown equipment at construction site #NoDAPL pic.twitter.com/6y1xcUIBCT

Police switched to this automated blade. Protesters were screaming NO. we are LIVE https://t.co/3hddgOuN2p #noDAPL pic.twitter.com/58BsJqTZEY

Police have ordered protesters 100 yd away while they try to free machine. #LIVE https://t.co/3hddgOuN2p #noDAPL pic.twitter.com/qblfXF0uyM

Poultry netting, PVC piping, duct tape, and tar were among the layers composing the lock box used in this non-violent direct action. The layering, combined with Happi’s elevation above ground level, proved to be a hard obstacle to overcome for those working to put the Dakota Access Pipeline in the ground on behalf of Energy Transfer Partners.

The pressure is mounting against this massive pipeline project, on the same day as these lockdowns, work on the pipeline was disrupted in Iowa, over 30 arrests were reported; there are calls to join the #NoDAPL Global Weeks of Action, which will run from September 3-17th. These weeks of action are being requested by the Camp of the Sacred Stones and the Red Warrior Camp.

“Water is a necessity for all life. Water is life. Now is the time for all people from all walks of life to join together to stop the desecration and destruction of water, land and life! Please join our Indigenous led movement to stop the Dakota Access Pipeline by planning or joining an action near you!” – NoDAPL website

Watch the videos below to see our livestream of the six hour construction shutdown. 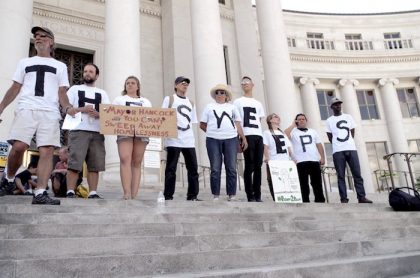 People Without Housing File Lawsuit Against the City of Denver 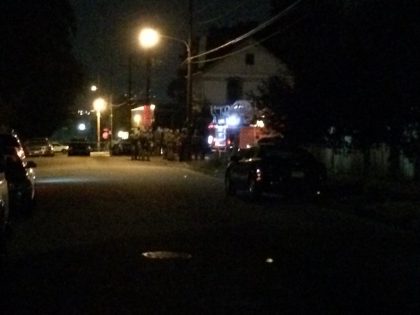