After filing a Colorado Open Records Act (CORA) request earlier this year, Unicorn Riot has received a batch of emails sent or received by the office of Denver Mayor Michael Hancock during the time period when the city was withholding video of Michael Marshall‘s death at the hand of sheriffs in the Denver jail.

During this time there was an ongoing hunger-strike held by members of the Marshall family, as well as clergy and other supportive community members to demand the release of the video from the November 11, 2015 incident in which a forceful restraint by deputies led to the choking death of Michael Marshall. The video was eventually released, and no charges were filed against the deputies responsible for Michael Marshall’s death.

Many of the emails from the Mayor’s staff seem to reflect a constant concern with media coverage, particularly of the hunger-strike that was held to demand the release of the Michael Marshall jail footage.  Some of the emails also reference the events on Martin Luther King day, when the annual MLK marade was commandeered by Black Lives Matter activists who confronted Mayor Hancock over the Michael Marshall case.

In the emails received by Unicorn Riot, there is a letter from Pastor Terrence Hughes of the Greater Metro Denver Ministerial Alliance, announcing the hunger-strike and presenting demands to the Mayor. You can read the emails in full for yourself below. Some pages are redacted- when we received records in response to our CORA request, Amber Miller, Mayor Hancock’s Director of Communication, wrote:


We are a volunteer-operated, horizontally-organized, non-profit media collective. If you would like to help support our efforts in obtaining FOIAs, CORAs, and more, please consider a tax-deductible donation: 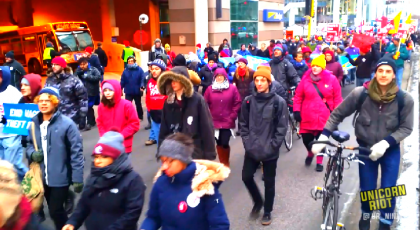 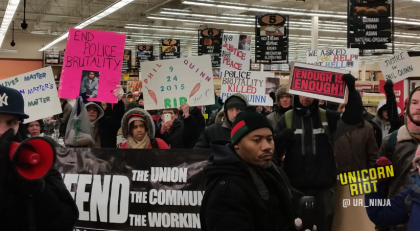