Cleveland, OH – On July 17, one day before the Republican National Convention is scheduled to commence, hundreds of protesters marched into the heavily secured area near the convention center.

No arrests or confrontations with law enforcement were apparent as the Unicorn Riot team streamed live from the rally and march.

The protest “Shut Down TRUMP & the RNC” was organized by groups from Michigan, New York and Wisconsin, who also had gathered endorsements from dozens of organizations.

Hundreds of people took part in the march.

As the march headed downtown, police on bicycles drove down the center lane of traffic to keep the march on one side of the street.

When the march reached close to downtown, police in riot gear were seen on bicycles.

Men with “Capitol Police” badges and heavy weaponry were seen in caravans rolling through downtown Cleveland.

This march ended without incident.

Here is the live broadcast from the march, including interviews with Vermin Supreme, Code Pink antiwar protesters, a Republican and more:

Each day’s live video embeds will be on our live video page, so bookmark it! Breaking photos and video clips are also available on our Twitter feed. 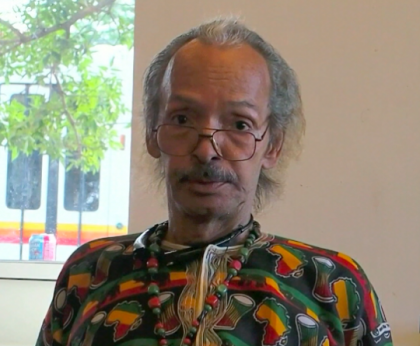 Sekou Kambui – Life After 47 Years as a Political Prisoner 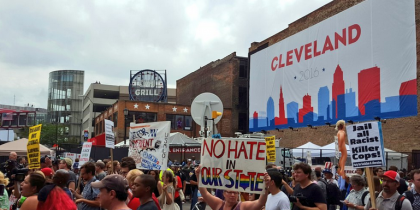