Unicorn Riot has been steadfast in our coverage of the dynamic ongoing #NoDAPL encampments ever since the Sacred Stone Camp was first constructed on April 1.

The crackdown on livestreamers continued on September 18th. Sara Long was recording live to Facebook, showing the continual pipeline construction around site 118, and was arrested for trespassing.

It’s not clear if law enforcement officials are targeting livestreamers because of their political views or ethnic background, but it is apparent that all media isn’t being treated equally.

The targeting of independent journalists by North Dakota law enforcement presents a clear infringement upon the freedom of the press to cover this urgent matter of public concern.

At a critical moment of our coverage on Tuesday the 13th, shortly before two of our journalists were arrested on site, Facebook blocked our video URL. As we started to livestream police making arrests at the direct action, our collectives’ members immediately noticed that the full Livestream event URL was being blocked from Facebook. Posts and comments with the URL immediately triggered pop-up security alerts. In an effort to circumvent the block, we modified the URL through Bitly shortening. The official Unicorn Riot page post was subsequently deleted by Facebook within a few minutes.

We verified that the “Facebook Debugger” was giving a warning that our live video URL violated “community standards”.

According to reporters at Motherboard, a Facebook spokesperson stated that the post was removed from Unicorn Riot’s page after the platform’s automatic spam filter mistakenly flagged the Livestream link.

“The link was removed in error and restored as soon as we were able to investigate. Our team processes millions of reports each week, and we sometimes get things wrong. We’re very sorry about this mistake…” Facebook spokesperson

Unicorn Riot is deeply concerned about the implications of Facebook’s censorship of our livestream URL on Tuesday. We are not satisfied with Facebook’s explanation and they are not disclosing the technical information which would demonstrate exactly how this flag was triggered.

We lease a professional grade service from Livestream, which provides videos that auto-play when they appear in Facebook users’ feeds.

Livestream and Facebook have a commercial relationship, so to offer up the excuse that a link from Livestream was accidentally flagged as spam during the exact moment when militarized riot police were mass arresting water protectors and our journalists, seems disingenuous at best.

Facebook allows law enforcement to submit take-down requests for content, and generally complies with these requests quickly and without much question. Facebook’s willingness to remove evidence of police brutality came into question recently when they shut down Korryn Gaines’s livestream at the request of Baltimore County police before police broke into her home, killed her and shot her son.

Facebook’s known policy of banning content at law enforcement request, as well as their history of censorship of radical news, such as the deletion of the Facebook page for the anarchist news site Infoshop.org, makes it clear that the censorship which took place on Tuesday is not an isolated accident, but part of a larger pattern.

While we cannot presently confirm that North Dakota law enforcement contacted Facebook and asked them to censor the link to our livestream, we believe this to be a credible possibility. We have filed several records requests to relevant agencies to attempt to confirm or deny whether this communication took place.

Information needs to be made available on URL-banning and law enforcement system events in order to provide transparency around attempts by government or lobbying organizations to censor content.

Social media platforms have a responsibility to provide their users notice of law enforcement requests, as well as prevent blocks against their competitors without hard proof of malware.

We are aware of design decisions made to ban competing rich media and video platforms (such as Vimeo) from Facebook’s “Instant Articles” platform.

Not to be discounted is the possibility of PR/lobbying organizations such as DCI Group, which advocate for the Dakota Access Pipeline, using ‘sock puppet’ accounts to fraudulently report URLs as ‘spam’ to Facebook (similarly to recently discovered Twitter ‘sock puppets’).

Unicorn Riot is an independent, educational, 501(c)(3) non-profit media collective. Our mission is to report on and bring context to social and environmental struggles from the front-lines. Using multimedia, we document realities and disseminate news stories to a wide-ranging audience.

Other media organizations do a distinct disservice to our work, as well as the people whose experiences we are documenting, when they mislabel our volunteer reporters, videographers, photographers, writers, editors, and even our media platform.

The recent attempts by law enforcement, Facebook, and media outlets to hinder our ability to provide educational services by targeting us for arrest, censoring our media, and mislabeling our journalists will not deter us from our mission of amplifying the voices of people who might otherwise go unheard, and broadcasting the stories that might otherwise go untold. 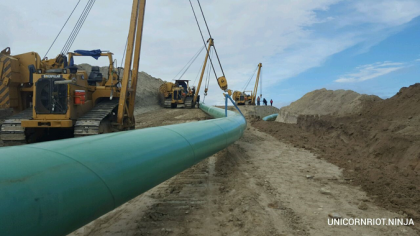 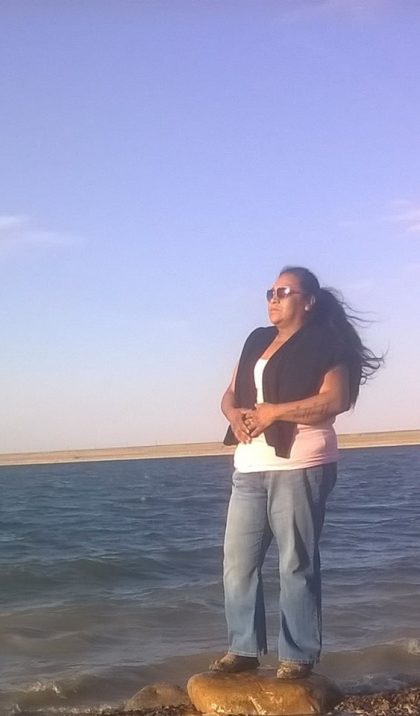