Washington, D.C. – Dozens of protesters appeared in District of Columbia Superior Court on Tuesday, March 14, to face charges stemming from a mass arrest conducted by police during demonstrations on the streets of D.C. against the inauguration of Donald Trump as president on January 20, 2017.

Over 200 were arrested that day after law enforcement surrounded people in, and around, the anti-capitalist, anti-fascist ‘black bloc’ and declared them all under arrest (a portion of the crowd then escaped arrest by charging through police lines.)

A class action lawsuit was filed against Washington, D.C. police on January 21, alleging that law enforcement used excessive force as well as violated constitutional rights when carrying out the mass arrest.  Peter Newsham, who acted as D.C. Police Chief during Trump’s inauguration, was named in a similar suit over 20 years ago for his role in ordering mass arrests and police brutality during protests against the International Monetary Fund in 2002.

Protesters and journalists arrested on Trump’s Inauguration Day had phones, cameras, and many other possessions seized as evidence.  Several arrestees reported seeing notifications in their Google and Facebook accounts that indicated police were using their seized phones to access their online accounts to gather personal information.  Washington, D.C. police also subpoenaed Facebook for information about several protesters.

214 people were ultimately charged with Felony Riot, which carries a maximum sentence of 10 years, after a Grand Jury returned an indictment on February 21.  Several individuals named in the indictment also face other charges, such as Destruction of Property and Assault on A Police Officer While Armed.  Many of these defendants appeared in court on March 14, with some having already had hearings at an earlier date.

On March 14 a DC Superior Court Judge ruled that prosecutors had to inform individual defendants of the specific allegations and evidence against them.  The Washington Post reported:

During an arraignment in D.C. Superior Court for 16 people charged with felony rioting, Judge Lynn Leibovitz told prosecutors that she expects that defendants and their attorneys will be provided with detailed evidence. Though the government has alleged some specific crimes, it so far has largely lumped the protesters together.

“I want you to provide each video and how the government identifies each defendant and point to where that defendant is being identified,” Leibovitz told Assistant U.S. Attorney Jennifer Kerkhoff. The judge said the prosecution should begin handing over that evidence by next month.

On March 13, Buzzfeed reported on the various motions defense attorneys had filed to try to dismiss the case, or force the government to prosecute the protesters as individuals, and not as an undifferentiated group.

In at least a dozen cases, lawyers have sought to get the indictment dismissed on the grounds that prosecutors failed to include information linking individual defendants to the alleged rioting.

[Defense attorney] Flores-Williams wrote in the dismissal requests he filed in February that “a single generalized narrative” wasn’t enough for the government to prove that it had probable cause to press the rioting charge against his clients.

Absent specifics, lawyers in another case argued in their dismissal request that a judge wouldn’t be able to tell if the government was wrongly prosecuting people who were engaged in political speech that was protected by the First Amendment, as opposed to criminal rioting.

“The Government’s approach to this case—indict everyone first, figure out what happened later—is a palpable threat to the exercise of core First Amendment rights,” the lawyers wrote in that court filing.

One motion, filed by attorneys for defendant Jared Farley, pointed out several constitutional issues with how the case has proceeded thus far:

The indictment is fatally defective and must be dismissed for two independent reasons. First, the indictment is unconstitutionally vague and lacking in specificity. By merely parroting the language of D.C. Code § 22-1322(d) to charge an undifferentiated mass of 63 people, including Mr. Farley, with “engag[ing], incit[ing] and urg[ing] others to engage in” a riot, the indictment infringes on no fewer than four of Mr. Farley’s core constitutional rights. The indictment violates: (i) the Sixth Amendment because it fails to inform Mr. Farley of the specific nature of the accusation against him and thus disables him from preparing his defense; (ii) the Fifth Amendment’s grand jury “presentment or indictment” clause because it fails to guarantee that Mr. Farley will be prosecuted based only on the unique allegations the grand jury considered and found; (iii) the Fifth Amendment’s double jeopardy clause because it fails to ensure that Mr. Farley cannot be prosecuted again for the same offense; and (iv) the First Amendment because, with the events at issue having occurred during a political demonstration, it precludes the Court from being able to determine whether Mr. Farley is being unlawfully prosecuted for exercising his rights of speech and assembly.“

The indictment has been criticized as “unconstitutionally vague” for its failure to identify almost any of the 214 defendants, as well as its reference to “chants” as evidence that the defendants were rioting.

The mass indictment does little to nothing to differentiate between the hundreds of people caught up in the mass arrest, and instead presents a generalized narrative as evidence for the guilt of all 214 persons charged.  Attorneys for defendant Brittne Lawson pointed this out in a motion to dismiss her case, which was denied by the court:

…The government here neither established a particularized suspicion of guilt for Ms. Lawson nor made an individualized determination about her alleged conduct at the time it charged her with rioting. To the contrary, it used a single generalized narrative, one lacking any specific references to Ms. Lawson or any other individual, as the basis to charge 230 different people. The government’s references to “members of the group”—which could include, according to the government, up to approximately 300 people—are simply not sufficient to make out probable cause against Ms. Lawson.“

According to Intercept reporter George Joseph, who was present for Tuesday’s preliminary hearing, prosecutors are using 20 terabytes of police body camera footage from Inauguration Day as evidence.  Joseph also reported that the prosecution claimed it has thus far been unable to share the footage with the defense because “their server keeps crashing.”

Most, or all, of the defendants in this case are expected to see trial sometime this summer.

Read the full indictment below.  (Personal information of those facing charges has been redacted.) 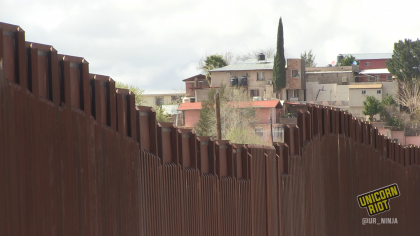 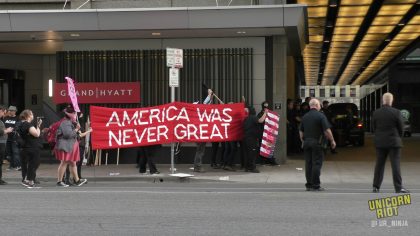