Charlotte, NC – Through a records request sent to the office of Charlotte Mayor Jennifer Roberts, Unicorn Riot obtained emails regarding the recently cancelled neo-Nazi ‘torch rally’ that had been scheduled for December 28. Of the 20 emails we received, 14 were sent by Charlotte residents expressing concerns about the rally and asking city leaders to deny any permits. Other emails show concern and confusion among city officials after the event was announced.

The event, which had been billed as a “March Against Communism” was promoted by the neo-Nazi front group “Anti-Communist Action” (‘Anticom’), whose members were involved in organizing Unite The Right in Charlottesville, VA.

Their tweets promoting the Charlotte event included calls to bring torches, guns, and body armor. Speakers would have included high-profile neo-nazis such as Richard Spencer and Matthew Heimbach, both of whom have called for the creation of a whites-only ethnostate in America.

On Thursday, September 28, Anticom tweeted that the December 28 event in Charlotte had been cancelled “in light of safety concerns”; Richard Spencer also made a tweet to the same effect.

Anticom had previously posted that they were in contact with police about legal restrictions on carrying weapons at the event, however police comments to the press as well as city emails we obtained through a records request suggest that Anticom had actually never been in contact with Charlotte area authorities about their plans.

“To date, the organizers have not contacted CMPD to confirm hosting an event in Charlotte nor have they filed for a sound permit.”

Charlotte police have also stated since the event’s cancellation that they “have not been able to verify whether the group intends to demonstrate in Charlotte…CMPD’s attempt to contact organizers has been unsuccessful to date.” Several counter-protests had been quickly organized after Anticom announced the event.

On Wednesday September 27, Anticom tweeted that their Discord chat server, which they used to recruit new members and develop plans for events in cities such as Berkeley and Charlottesville, had been shut down. Discord later confirmed that Anticom’s chat server had been shut down for violating their terms of service.

Logs from the ‘Charlottesville 2.0’ Discord server, which was used to coordinate Unite The Right, showed Anticom members planning logistics, as well as sharing neo-Nazi memes and posting pictures of themselves holding firearms.

Read the emails obtained through a records request from the office of Charlotte Mayor Jennifer Roberts below or click here to download the PDF. 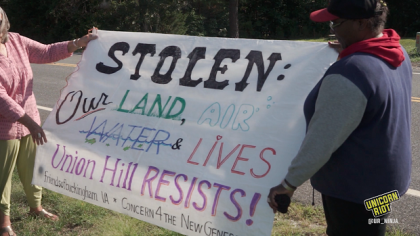 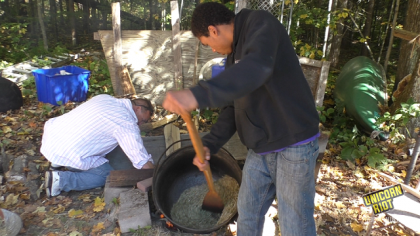 Resistance to Line 3 Pipeline Seeks to Save Sacred Manoomin