Athens, Greece – Tools born from the internet, applied across autonomous networks and movements seeking alternatives to capitalism, are providing the infrastructure of alternative societies. In the last of our specials on community currencies and alternative economies, we showcase FairCoop, a self-organized and self-managed global cooperative created through the internet outside the domain of the nation-state.

During a conference on alternatives to capitalism inside of the self-organized and squatted Embros Theater in Athens, Greece in the summer of 2017, a Catalan speaker (who remained anonymous for safety purposes) gave a presentation on FairCoop, which informed much of this reporting.

See our first two specials with further information on alternative economies and community currencies, by clicking on the images below:

Alternative economies are typically separate economic structures operating outside of the traditional economy and based on the common principles of a community. FairCoop is a function of an alternative economy and was built out of the necessity to provide an “alternative system outside of capitalism” and merge many autonomous movements and networks together to form a society based on each community’s values.

FairCoop was created a few years after a nearly half a billion euro banking system expropriation action from 2006-2008, generally attributed to Enric Duran. The expropriation of monetary value from the banks was used to fund social movements and as a way to jump-start alternatives to the capitalist system.

Watch the video below for an introduction to FairCoop:

During the presentation on FairCoop, the speaker inside of Embros Theater said that in Catalonia, Spain, around 2009, 2010, the Catalan Integral Cooperative (CIC) was created, to “build another society by self-organizing” and to provide the needs of the people, “from food, housing, education, and health, etc.”

Since the creation of the Integral networks in Spain seven years ago, “a lot of people [have been] working for the commons” as there are more than 1,000 projects that are autonomously self-organizing to create cooperative networks of sharing.

Watch the video below, or see our full report here, for more information on the CIC [also see The Catalan Integral Cooperative: An Organizational Study of a Post-Capitalist Cooperative by George Dafermos]:

The idea for FairCoop was brought to an assembly in 2014 as a proposal by Enric Duran and was created by people within the movement to serve as economic infrastructure for a new society.

The Catalan speaker described FairCoop as “an open global cooperative, self-organized via the Internet and remaining outside nation-state control,” but one “that is controlled by a global assembly.” The speaker explained, “We don’t say cooperative in the traditional way, we say cooperative because we work with economy and we work in a participatory way and in a equal way.”

The steps taken to get to the point of the creation of FairCoop were explained by the speaker as followed:

“Usually the powerful money markets attack the weak economies and they get their resources with inflation and things like that. So, for centuries people have lost a lot of resources, a lot of capital” from those in control of the money – the speaker continued, “with FairCoin we are, like, revenging on that, let’s say, and we are recovering value.” They are growing that value to “use it for the commons” and assist in building their self-managed alternative society, said the presenter.

“They’re are many people in more than 30 countries” that have combined their local currencies and communities into autonomous local nodes and are connected in a network of cooperatives, said the speaker, who gave examples in the presentation about a Guatemalan and Greek sharing network.

“Local nodes acts as decentralized local assemblies of FairCoop, and meeting point between global projects of FairCoop and the various projects developed locally, creating links, synergies, knowledge development and growth of the entire ecosystem we are creating together. Autonomously, they serve as a point to spread, help and welcome people in FairCoop, as well as an exchange point of FairCoin.” – Description of a local node, FairCoop website

To build “a society without money, takes money,” and also requires having a plan to fight against capitalism by empowering the “local, regional, and global level,” so, the speaker said FairCoop created a “global assembly” to determine the value of the currency in a way of “self-management in the political process, not in the market“.

Listen to the fifteen minute presentation on FairCoop (full presentation with Q&A session is further down the post):

FairCoop was described as “a political movement building an alternative” that operates with many open decentralized working groups and assemblies deciding by consensus what actions to take in the FairCoop.

“FairCoop understands that the transformation to a fairer monetary system is a key element. Therefore, FairCoin was proposed as the cryptocurrency upon which to base its resource-redistribution actions and building of a new global economic system.” – FairCoop website

FairCoop utilizes FairCoin cryptocurrency. Cryptocurrencies, the most famous being Bitcoin, are digitally created on the internet, decentralized, and out of the control of central governments.

The difference between FairCoin and Bitcoin, said the speaker, is that “in Bitcoin, they are not one community, there are many different interests fighting each other, like what’s happening in the capitalist world is happening in the Bitcoin.”

They utilize FairCoin to the “benefit of the self-management of the alternative economy, not in the benefit of decentralizing capitalism that is around Bitcoin,” and to economically sustain the process of building the network of FairCoop.

For a bit of an explanation on what FairCoin is, watch this excerpt of an interview with Theodore, from the Athens Integral Cooperative, below:

Cryptocurrencies are block-chain transactions tracked through public ledgers, however, FairCoin has recently created the world’s first ever “co-operative blockchain … by creating an algorithm based on mining processes that rely on a proof of co-operation.”

FairCoin was developed “as a transition tool for building that eco-system at the global level that can be useful for supporting the building of autonomy and the building of self-organizement” around the world, said the speaker.

The speaker said that with the self-management of FairCoin, they are recovering value instead of extracting it from the people as the current banking system with its money markets does.

In efforts to control all of the FairCoin, 80 to 90 percent of the FairCoin is now in the hands of the “movement“, said the speaker. With FairCoin, the value of funds is over 2 million euros and the speaker said, “this is just the beginning of the way how we are creating value by this hacking.”

When asked for a practical example of how FairCoop could be put to use in the self-managed Embros Theater, the speaker said that the first step would be to start accepting FairCoin for the transactions of economy inside the theater, such as beer. The next step would be to share that you accept FairCoin, which will then be seen in the FairCoop network and when more people start exchanging FairCoin, local nodes create assemblies focusing on different qualities that branch out to the global networks.

The speaker touched on Freedom Coop, which according to their website, is a “European Cooperative Society (SCE) that creates toolkits for self-management, self-employment, economic autonomy and financial disobedience for individuals and groups striving for fairer social and economic relationships.”

On the larger scale of building “a new way of life,” newly created Bank of the Commons is “a project for bringing on an alternative banking system to the world“, said the speaker, who explained it’s a way to bring different movements, cooperatives, and different groups the “capacities for doing their activities without the control of the normal banks.”

See the 2017 FairCoop Structure Chart for a visual learning experience of how the networks connect to each other:

After the presentation by the Catalan speaker, dozens of audience members asked many clarifying questions as to how this system of an alternative economy works. The presentation lasted a bit over two hours. Listen to the full presentation below:

With the building of these networks of social economy and solidarity, people are rethinking their ideas of how society could be more equitable. Creating alternative economies using the internet and autonomous working groups to decentralize the power has many people in Europe and across the world very excited at the prospects of a new society outside of capitalism and nation-states. In the words of the speaker, the future of mass movements providing real change are based in being able to have economic power, “As a movement, we need to be stronger economically to be stronger politically.” 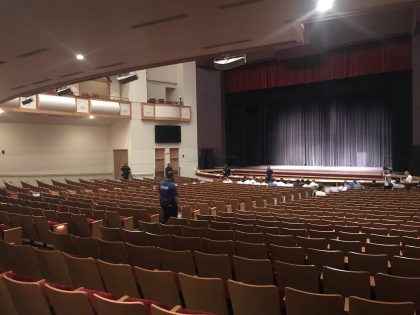 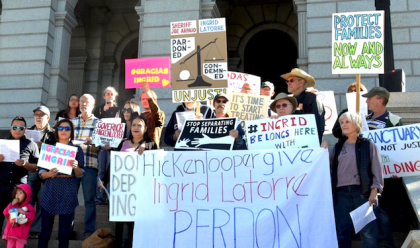