Washington, DC – A jury in D.C. has found six J20 defendants not guilty on all charges, a major defeat for federal prosecutors in the first full trial. 188 individuals still face trial for participating in the inauguration-day protests against Trump in Washington, D.C. So far, 42 of the protest-related charges have been rejected at jury trial.

After the courtroom victory defendants cried and hugged supporters in the hallway as US Marshals aggressively reminded people not to record any media.

Unicorn Riot streamed live outside the courthouse after the verdict and was able to talk with cleared defendant Alexei Wood, who faced a possible sentence of decades in prison for livestreaming property damage associated with a group of people at the inauguration protests:

#BREAKING: Jury has found all 6 #J20 defendants not guilty on all charges

Defendants currently crying and hugging supporters in hallway as US Marshals aggressively remind people not to take pictures or video https://t.co/RlTpzFY3kl

We interviewed one of the jurors, Steve, after the not guilty verdict came down:

“It was not a close call. The prosecution admitted the morning of day one that they would present no evidence that any of the defendants committed any acts of violence or any vandalism.

From that point, before the defense ever uttered a sound, it was clear to me that ultimately we would find everyone not guilty. And while there was a great deal of careful discussion among the jurors, it ultimately at no point was … did it seem even possible that a guilty verdict would come down.

A statement was issued by the U.S. Attorney’s Office for the District of Columbia regarding the verdicts today in the trial of six defendants charged with taking part in a riot on January 20, 2017:

The U.S. Attorney’s Office for the District of Columbia believes that the evidence shows that a riot occurred on January 20, 2017, during which numerous public and private properties were damaged or destroyed. This destruction impacted many who live and work in the District of Columbia, and created a danger for all who were nearby. The criminal justice process ensures that every defendant is judged based on his or her personal conduct and intent. We appreciate the jury’s close examination of the individual conduct and intent of each defendant during this trial and respect its verdict. In the remaining pending cases, we look forward to the same rigorous review for each defendant.”

For in-depth coverage of how trial support played out, see our interview with the “Defend J20” team supporting Trump Inauguration arrestees: 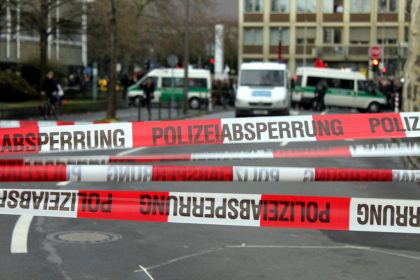