Hamburg, Germany – At the S-Bahn Station, a bag packed with nails, screws, and pyrotechnics were placed on the train platform on Sunday evening, December 17th. According to witnesses, the bomb explosion sent shrapnel flying through the air, breaking several windows.

Police initially reported that nobody was injured, but the next day a 68-year-old reported to police they had been injured in the blast. Local news reports that the residents of the district of Hamburg where the blast took place are 70% immigrants.

The day after the explosion, police arrested a 51-year-old man suspected to have placed the bomb in the rail station. The bomber, identified by local newspapers as Stephan Kronbügel, follows a neo-nazi ideology and is the convicted murderer of Gustav Schneeclaus.

Police have also since stated that this is not an act of terrorism.

Investigators from the Specialist Service for Explosives Crime (LKA 724) have taken over the investigation.

Germany, and other countries across Europe, have seen a sharp rise in xenophobic attacks against people seeking asylum in the last couple of years, including arson attacks against refugee shelters.

The BKA, Germany’s Federal Criminal Police Agency, has released new data that showed over 211 attacks on refugee homes in Germany in just the first 10 months of 2017.

In Greece, as the trial of neo-Nazi group Golden Dawn continued in August of 2016, neo-Nazis firebombed Notara 26, a refugee and migrant housing squat in Athen’s Exarcheia neighborhood.

This summer, three neo-Nazis were sentenced to jail time in Sweden after a string of attacks on refugee centers. They carried out bombings on a refugee center, a campground where refugees were sleeping, and a leftist cafe, the Syndikalistiskt Forum Kafe. Two of the three received paramilitary training in Russia and had ties to the neo-Nazi group Nordic Resistance Movement (NRM).

On Friday, December 22nd, anti-fascists in Germany plan to hold a rally and demonstration at the S-Bahn Station in Veddel against terrorism and racism.

In other recent news from Germany, police raids against anti-fascists have swept many German states months after G20 protests. 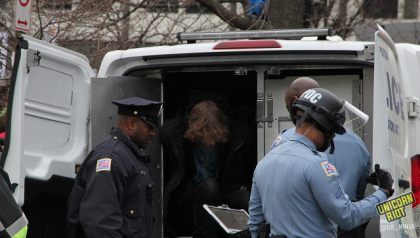 Jury Finds Six #J20 Defendants “Not Guilty” on All Charges