Germany – Months after the G20 Summit in Hamburg, police are still hunting down protesters across the country who are suspected of taking part in violent clashes. In recent weeks, over 500+ police have carried out at least 20 massive raids across eight German states.

The investigative criminal police forces (LKA) have conducted raids searching for G20 protesters and evidence (such as computers and cell phones) across Hamburg, Berlin, Hesse, North Rhine-Westphalia, Baden-Württemberg, Saxony-Anhalt, Rhineland-Palatinate and Lower Saxony. The Hamburg Special “Black Bloc” Commission has spent the last six months combing through photos and video of protesters from the G20 Summit in Hamburg, hoping to identify individuals suspected of breaking laws.

Since the G20 Summit has ended, police have opened 600+ investigations into individuals with connections to autonomous, anti-capitalist, and anti-fascist left-wing groups. A handful of protesters face trial, while others remain in jail, including a 21-year-old Dutch national. These actions by law enforcement come just months after police shut down the German Indymedia website which reported uncensored news from the G20 protests.

Rioting in Hamburg during the G20 lasted for several days in July, and caused several million dollars in damage. Over 100 police officers are also being investigated for misconduct during the G20 Summit. Days before the summit, the police began violent crackdowns against any peaceful public gathering against the G20. Unicorn Riot was live, in Hamburg, covering the G20 protests.

On the first day of the summit, over 10,000 #NoG20 protesters attempted to hold and rally and march against the G20 but were quickly attacked by police. German police officers wearing riot gear used pepper-spray, water-cannons, and batons to disperse the crowd, sparking property damage and violent clashes across the city of Hamburg.

On the second day, protesters stood their ground and blocked off entire sections of the Hamburg while police attempted to intervene. Many people were injured as police used water cannons on the crowd, and beat protesters with their batons and fists.

At the same time, less confrontational groups of protesters began shutting down intersections across Hamburg to disrupt the G20 Summit but here quickly beaten, pepper-sprayed, and pushed aside by police.

Unicorn Riot journalists covering the G20 Summit in Germany sustained minor injuries and were attacked by police multiple times each day. In an attempt to bring our audience uncensored coverage from the protests, our small team of independent journalists endured twenty-two hits from a police water cannon, were pepper sprayed eight times by police, hit three times with police batons, knocked to ground by police twice, had cameras attacked by police three times, two cameras damaged by police, and were teargassed by police four times. One Unicorn Riot journalist was injured falling of a wall fleeing a police attack, and another was beaten on the ground by police after having their press badge ripped off.

For more coverage like this in the future, go here to support our work.

Go here to watch our live videos and see our coverage from the G20 Summit.

Police attack the press with batons, punch cameras, and break equipment during the #NoG20 “Welcome to Hell” protests in #Hamburg #W2H pic.twitter.com/tZj5YhJC0z

Check out our full coverage from the G20 Hamburg: 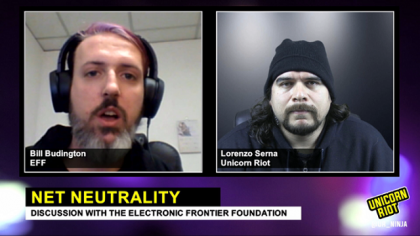