St. Paul, MN – Community in St. Paul disrupted a City Council meeting on Wednesday, March 22nd, with several demands, including a “community meeting”, regarding the spate of police killings. A week after St. Paul police officers Nathaniel Younce and Mikko Norman killed Cordale Handy, the community was seemingly successful in its City Council action in the respect of securing a “community meeting.”

This meeting was to include St. Paul’s: mayor, police chief, city council members, and the community, but recent political fallout has some questioning the viability of the meeting. The fallout stems from St. Paul Police Chief Todd Axtell negatively responding to a Facebook post made by Council Member Dai Thao that was written in favor of the protests. See Dai Thao’s post (who’s running for Mayor of St. Paul in 2017), below.

Unicorn Riot was live on Wednesday afternoon, for the action in the City Council chambers, as well as to gather interviews with families of victims of police killings and others in the immediate aftermath of the disruption.

About twenty minutes into the City Council meeting and between agenda items (1:40 into the livestream video above), more than a dozen community members, led by several women, streamed into the chambers. Danielle Swift, of Black Lives Matter St. Paul (BLM-STP), walked to the podium loudly referencing Cordale Handy’s name and last Wednesday’s community meeting that was canceled. She spoke to the council members with community members next to her, some holding papers reading “Justice 4 Cordale Handy #F12 #BlackLivesMatter” and “We need to talk about CORDALE HANDY“.

As the demands that were brought to the City Council as part of this action (see picture below) were being read, St. Paul City Council President Russ Stark, called for a thirty minute recess of the official City Council meeting, banged the gavel, and the city officials taking part in the meeting arose from their chairs and most walked out of the doors.

Council members Chris Tolbert (Ward 3), Amy Brendmoen (Ward 5), and Rebecca Noecker (Ward 2), all stood up and walked out of the chambers. Meanwhile, three other council members Dai Thao (Ward 1), Jane Prince (Ward 7), and Council President Russ Stark (Ward 4), re-took their seats to applause from the crowd after agreeing to speak to the disruptors. Unicorn Riot did not witness Dan Bostrom (Ward 6) present at the meeting.

After the demands were read, council President Stark said, “my immediate response is this, um, I think the City of St. Paul is always sorry about the loss of any life.” Before he could continue, he was immediately interrupted by a community member from the crowd, who said, “well yea, because they kill a lot of people here in St. Paul!” St. Paul police have the highest rate of fatalities among police departments in Minnesota, with at least seventeen killings since 2008.

“I feel that the police need to change in every way. The entire system has been set in motion long ago and we just need to throw a wrench in it and disable the whole machine. I’m aware that may take some time, so for starters I’d like to at least see them get some training on how to identify and properly deescalate mental health crises.” – Danielle Swift said to Unicorn Riot after the action

A myriad of community organizers and members spoke about Cordale Handy’s murder and their distrust of the Bureau of Criminal Apprehension (BCA) that heads the investigation. They also talked about continuing police killings in St. Paul and budget disparities.

City Council members Prince, Stark, and Thao denied having the ability to do anything about the investigation and seemed to be responsive to the questions of the community, listening and answering and eventually agreeing to have a community meeting.

The idea behind the community meeting, said organizer Danielle Swift, is to give an “opportunity to gather communities and create a short cut for them to get in front of their elected officials.“

During a seventeen year old’s speech she spoke to the three council members about how the police are “supposed to protect us, but they aren’t protecting us by shooting us are they?” The youth speaker also stated that the killers of Cordale Handy, or any other victim, shouldn’t be put on paid leave during the investigation.

“How are you gonna pay somebody for killing somebody?” – Youth asks StP City Council during disruption why cops get paid leave #CordaleHandy pic.twitter.com/cANMNUoS6b

The discussion then morphed into the lack of resources for youth in St. Paul and how the City Council can help with the budget. About a dozen youth from the High School for Recording Arts were in attendance to, as community organizer Curtis Avent said, to “see specifically how democracy in our city is put together.” Curtis furthered that the youth, and their siblings, were “gonna have issues this summer,” due to lack of resources.

John Thompson, a friend of Philando Castile (killed by St. Anthony Police Officer Jeronimo Yanez on July 6, 2016) spoke to the City Council but mostly aimed his thoughts towards the two police officers in the room. Thompson said to the City Council, “we’re asking you to be clear, hold these people [police] accountable, and give these people [community] some answers.“

Thompson alluded to better de-escalation training for police and continued speaking to the officers in the room about other officers in their department, yelling,

“..they make you look bad, you gotta weed them out brother, that’s what you gotta do … you have to … you don’t have an ugly face, your department has the ugly face!” – John Thompson loudly exclaims towards St. Paul police officers (see video below)

“You don’t have an ugly face, your department has the ugly face!” – cmnty member to #StPaul officers during mtg disruption for #CordaleHandy pic.twitter.com/K7gHE4lMUJ

The community continued to question the City Council’s statement that they would make a community meeting happen, saying that they tried to do this same meeting after Philando Castile’s murder and were shut down and that Mayor Coleman has been absent in all of these conversations as well.

After the chant, the community left the City Council chambers and Unicorn Riot spoke to two family members of victims of the police (Jaffort Smith and Chad Robertson).

Kay Smith’s husband, Jaffort Smith, was killed by St. Paul police last year. She spoke about how the media runs with the police version of facts that aren’t always facts. She said,

“it’s just a totally different version of facts and just like in this case [Cordale Handy] where they made it a domestic violence situation right away and it doesn’t turn out to be that way, but it’s a good look for the police and a bad look for the victim.” – Kay Smith

We spoke with a young family member of Chad Robertson, who was killed by an Amtrak police officer in Chicago on February 7, 2017, about who Chad was, what happened to him, and also her fear of the police.

After the action, Unicorn Riot spoke with Danielle Swift of BLM-STP, who said that they “chose to disrupt the City Council meeting because we wanted to use the platform their meeting creates to get in front of each of them and to hold each of them accountable as elected officials. According to the meeting agenda, they were already back in motion with business as usual and we didn’t want to see Cordale Handy swept under the rug.“

The community meeting is still getting organized despite the political fallout between Police Chief Axtell and City Council member Thao.

To see a recap of what’s known surrounding Cordale Handy’s death, see the video below.

For more information on Cordale Handy’s murder, see our report titled, ‘Vigil for Cordale Handy, Another Victim of SPPD.’ 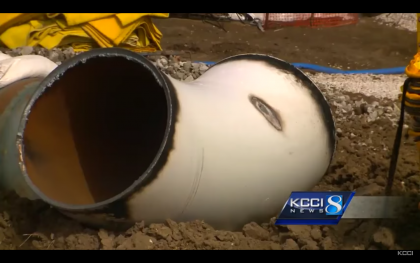 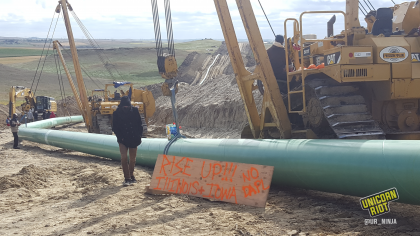