Notre-Dame-des-Landes (NDDL), France – Zadistes continue to hold onto about 70% of the ‘zone to defend’ (ZAD) into the fourth day of a massive eviction attempt despite many injuries by French state police crowd control weapons. On April 11th, 2018, Unicorn Riot journalists interviewed Zadiste “Camille” by phone, about the unfolding situation inside the ZAD. We also learned more about Zadistes who’ve, since 2008, built an alternative, collective, and sustainable society on over 4,000 acres of land they defended from a airport construction project. The project was cancelled in January 2018.

BREAKING UPDATE [22:00 CET – 4/12/18]: According to both local reports coming out of France, and sources within the ZAD, “the state announces the end of operations in the ZAD” and will reportedly resume negotiations.

“The best we can hope for is the ZAD helps become one of the sparks in some kind of general uprising against Macron and his neo-liberal craziness.” – Camille from the ZAD-NDDL

Camille said that the first two days of the eviction the police “evicted the more obvious places” next to the Chicanes Road, “which had the barricades on for many many years” symbolizing a “bit the symbol of the return of law and order on the ZAD“.

On the third day, the police made their biggest gains in territory after attacking a picnic. But after a large fight resulting in dozens of injuries towards the center of the ZAD at the Saulce, the police retreated.

“Today [the third day] they took more territory than they ever have before. They took the whole southeast of the zone. They nearly got to the center but it’s huge, it’s 4,000 acres, and there was a huge fight at the Saulce, the kind of crossroads right at the center of the zone this afternoon … Every single road pretty much is barricaded … There were about 80 injuries, many of them quite serious.“

Most of the 80 injuries came from concussion grenades, Camille said, “the same kind of concussion grenades which killed the young 21-year-old Zadiste [Remi Fraisse] in the south of France [in 2014] … they’re incredibly loud, incredibly dangerous. They’d been throwing loads of them today.”

In October 2014, Remi Fraisse was killed by #French #police after being hit by a Flashball while defending #Sivens against a dam. Medics press release from #ZAD #NddL https://t.co/SmL3kTfsDZ shows the police haven’t learned their lesson! #Stop the #eviction before its too late! pic.twitter.com/5ruCFgvzcv

Camille said that all was calm on the third day and then the police “attacked a picnic” at the Camp of the White Haired One, the elders camp, “with several thousand people there, the tractors with the farmers and suddenly they gassed.”

The picnic was interrupted by dozens of concussion grenades and gas canisters shot into the area by police after an altercation with a vehicle. The police then “started attacking another road and started taking place out on that road and it was a huge operation and it really pissed people off.” The medic center had to be moved twice because it was being gassed so heavily.

“The first two days were actually calm, for French police, it was surprisingly calm. They were really trying to get this kind of clean image. But as I said, everything seemed to change this afternoon. I’m really quite scared about tomorrow in terms of injuries, because it doesn’t take a lot to get killed by one of those things [concussion grenades].“

A local prefect was at first in charge of the operation, that has now changed into the hands of “Macron, and the Prime Minister who have taken a hold of it and he’s basically said, ‘we’re gonna go through with it’“, said Camille.

Camille hypothesized a “paradigm shift” happening, saying, “we think now the state realizes the ZAD is a problem, living life in commons is a problem, it’s no longer just a technical problem” as it was just two weeks ago when they were “negotiating round table with the state“.

After the ruling against the airport in January of 2018, effectively cancelling the project, the state’s positioning was that they “will let people stay” on the ZAD-NDDL if they produce proof of a “legal agricultural project” that is individual in nature as opposed to collectively.

“We’re partly defending the fact that we had already agreed [in 2015] with the movement of farmers, locals, activists, people in the ZAD, that when the effort was canceled we would run the land collectively as a commons via an assembly.” The state rejected the idea that the ZAD would be a collectively run land, pushing for individual private property.

“At first this was a fight against an airport, a climate killing suicide machine of an airport and we won that struggle. Then it was about how we keep looking after this land because we saved it from concrete, so how do we look after it collectively with the whole movement. Now it’s very clearly after the evictions, the fight is probably the current realization that actually the state is in a battle now about keeping the common, that’s actually what they don’t want.“

Camille said that there are about 250 people living on the “mixture of farmhouses and cabins and yurts and caravans” and so forth on the ZAD-NDDL, of which, Camille said they are “dozens of different living collectives supported by a mass popular movement“.

“It’s an enormous laboratory of commoning, of ways of living, new forms of life. Despite the state and capital. And of course, no government wants that.“

After the ruling in January that there would be no airport fears that the state would just come and take the zone spread and ,”the movement decided to negotiate” with the state knowing that they all wanted to keep it for the commons. Camille said during these last months, a consistent effort was put forth to divide the movement between the legalists and the collectivists.

“The state kept saying in their storytelling is that there are these 80 radicals in the zone. So the state’s entire strategy since we won against the airport has been to divide the movement. They cant stand the movement which is this rich web woven of compositions of farmers, and legalists, and direct action folk, and anarchists, and local villagers, and pensioners, and unionists, an incredible diversity and of course they wanna kill that movement.“

During the ongoing eviction attempt, dozens of squats have been eradicated by the state, which is taking extra time on the fourth day of the operation to clean up the demolished ruins of the once lived-in shelters. Camille said the police have yet to demolish a farmhouse in fears of the perception that it would hold to the public, “so far they’ve only been taking the cabins.”

The state has not made many arrests, likely under 10, as even some of the people on rooftops of shelters and buildings taking their last stand have been calmly let down and let go by the state.

In a change in policing, Camille said they perceive that the police are going towards the more Anglo-Saxon, English, and German ways of intelligence gathering, utilizing many more cameras on the police side, raising fears of Zadistes being targeted later for arrest and charges.

Camille spoke of Macron’s government ushering in neo-liberal laws at a rapid rate and that the government doesn’t want the ZAD around with such resistance struggles becoming so popular.

Solidarity from the farmers, locals, and further are flocking to the ZAD-NDDL said Camille, “People from all over France and all over Europe are on their way to the ZAD right now. Every minute the numbers are growing.”

Lastly, after a long day of pitched battles, tear gas, and concussion grenades, Camille said the they love they have received from across the world, including from the Diné, has “been amazing” and thanked everybody.

“We’ve been getting incredible solidarity from around the world and that’s been really really amazing. From Palestine to Minneapolis to even in France people are occupying their town halls pretty much every night. Even I just heard solidarity coming from the Diné. So, that’s been incredible. I just want to thank everyone for that solidarity because it really means a lot to us when we’re facing the tear gas and the grenades. That’s been amazing. They can’t take our solidarity away from us that’s for sure.“

Check out our second interview from Camille inside the ZAD, published three days after this original publication date. We will continue to follow the attempted eviction of the ZAD-NDDL, for more, check out our report on the eviction attempt here, and for further information on the ZAD-NDDL and the decades old struggle against the planned airport, watch the hour long presentation by a frontline occupier at the ZAD below and check out this post, Greece: Networks of Resistance Pt. 1 – ZAD, Bure, Hambach Forest for much more information. 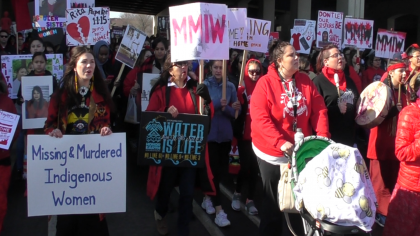