Las Vegas, NV – Unicorn Riot sat down with self-described “biohacker” John Dunlap to discuss how recent advances in genetic sequencing and modification technology has allowed him to experiment with storing encrypted data in DNA. Dunlap described how biologically hiding encrypted data could help people travel across borders and other areas where normal data storage would be inspected.

According to Dunlap, encrypting data into living cells is not easy or cheap. He first had to figure out a way to legally and responsibly get access to the equipment, labs, biologists, and money it takes to begin such an experiment. Once he procured all the necessary pieces he began experimenting with suitable algorithms and methods.

During his presentation at the Bio Hacking Village at DEF CON, Dunlap revealed that he successfully encrypted and stored a short string of data into a living cell of ecoli. According to Dunlap, these cells can eventually pass the encrypted DNA down to new generations of the living cell.

The Bio Hacking Village at DEF CON focuses on “global health ingenuity.” Over the course of convention, events bring together biohackers interested in security, technology, engineering, humanities, design, and fabrication. The workshops, demonstrations, and speakers provide a dynamic perspective on emerging biology, technology, and human-enhancement. 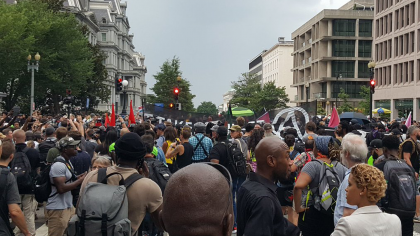 ‘Unite The Right 2’ Dwarfed by Counter-Protests in DC 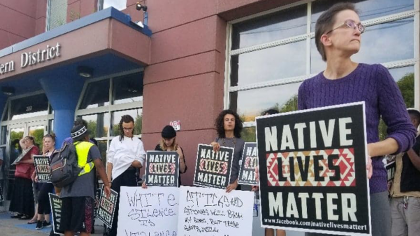