Washington, DC – Last Friday, January 19, a new class action lawsuit was filed against the Washington Metropolitan Police Department (MPD) over the mass arrest of over 200 people at a protest during Trump’s presidential inauguration on January 20, 2017.

The first three plaintiffs in the case – a DC-based systems administrator, a journalist, and a street medic – represent a larger class of False Arrest Plaintiffs who will be added to the suit as the case progresses. (A similar lawsuit was filed by the same attorney, Jeffrey Light, on January 20th immediately after the mass arrest, but was later withdrawn on procedural grounds.)

Central to the factual basis of the suit is the chain of command on inauguration day, on which, according to the complaint, Commander Keith Deville told officers the anti-fascist anti-capitalist protest march had turned into a riot, and ordered them to corral, detain, and arrest everyone present without “differentiating who was demonstrating and who was rioting.”

The lawsuit also states that by virtue of MPD’s chain of command in place that day, “Deville received the order to stop the march from [Assistant Chief] Greene at the command center, where (on information and belief) he received direction from [Chief] Newsham.”

The complaint further states that Deville knew there were members of the press present in the group and ordered their arrest anyway:

Additionally, police did not issue a dispersal order before placing people under arrest, as mandated under DC’s First Amendment Assemblies Act. Once they had the march surrounded, police did not attempt to identify specific people in the crowd as responsible for specific crimes, but rather sought to collectively punish everyone present as a group.

The lawsuit also cites statements given by MPD Chief Peter Newsham to the press after inauguration day, in which he endorsed and defended the decision to carry out the mass arrest of everyone present at the protest. Comments given by Newsham, as well as other MPD officials, are given as examples of both the police chief and the government of the District of Columbia officially approving, and accepting responsibility for, police actions on January 20.

The lawsuit’s Statement of Facts also contends that Commander Keith Deville’s personal hostility towards anarchist and anti-fascist protesters informed his decision to order the arrest of everyone present at the march;

“According to his trial testimony on November 29, 2017, Deville believed “the group gathering at Logan Circle was going to be problematic” because they were “anarchist or anarchist ideology and anti-capitalist.” He further testified that he did not want the group to reach New York and 11th St., NW, because it was “the footprint of capitalism” and the stores there were “high-end[.]” He asked at one point whether the group was “an anarchist-type or just protest?” implying that “anarchist-type” groups do not have an equal right to engage in protests.”

Part of the lawsuit is based on the ‘Conditions of Confinement’ of people caught up in the politically targeted mass arrest of the anti-capitalist anti-fascist march. Those arrested when police stopped and surrounded the march at 12th & L streets were detained for up to 11 hours without food, water, or access to restrooms or medical care.

According to the complaint, one officer refused when a detainee asked to be able to use a restroom, saying she should “shit [her] pants.” Another officer reportedly told a J20 detainee, “If you wanted to go to the bathroom, you shouldn’t have gotten arrested.”

The complaint also describes how detainees were forced to rummage through garbage bins to find bottles to urinate in. Officers also threw away food as they laughed at detainees who had been denied food for hours, and taunted them as they went through the trash to find leftovers to eat.

The suit also alleges that MPD had vans ready to take away arrestees at 11:30 AM, but processing of detainees was deliberately delayed “in order to maximize the detainees’ discomfort,” with some people held outdoors until after sunset.

The lawsuit demands a jury trial and seeks unspecified compensatory and punitive damages as well as attorney fees and other litigation costs. The case also asks the court to officially declare that the mass arrest on January 20 was unlawful, and to officially expunge the personal records of people who were falsely arrested.

The court case is expected to drag on for quite some time, as previous class action lawsuits over mass arrests of protesters have generally been fought by government lawyers for years before finally ending in large financial settlements.

Washington, DC has already paid out multi-million dollar settlements to settle an extremely similar lawsuit over the 2002 Pershing Park mass arrest during protests against the International Monetary Fund. The District ended up paying out over $14 million, $3 million of which reportedly went to personally defending then-Assistant Chief Peter Newsham.

Apart from the new class action suit filed last week, the District of Columbia and its police department are facing a separate lawsuit brought by the American Civil Liberties Union on behalf of several people abused by police on inauguration day. An additional lawsuit was also filed by the Partnership for Civil Justice Fund in March 2017 over the refusal by DC authorities to release records of the formal decision to carry out the mass arrest of Trump inauguration protesters on January 20, 2017. 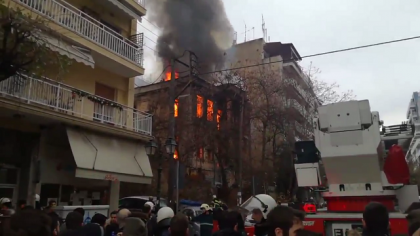 Social Center Burned Down by Nazis & Nationalists in Thessaloniki, Greece 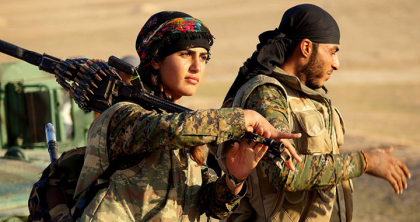