Afrin, Syria – On January 20th, 2018, the Turkish Armed Forces launched “Operation Olive Branch” which amounted to a full-scale military invasion of northwestern Kurdish-controlled Syria. The Turkish Armed Forces rank second to the United States, as the largest military force within the NATO alliance. In the last few days, the Turkish military along with an estimated 25,000 Free Syrian Army (FSA) rebels, have fired extensive artillery barrages into multiple villages near Afrin, dropped hundreds of bombs with F-16’s, and driven ground forces into Syria that include armored tank brigades and heavy infantry.

The recent expansion of Turkish military operations inside Syria has drastically increased the very real possibility of conflict between the US and Turkey, both NATO allies. Currently, the estimated 30,000 strong security force created to protect the Democratic Federation of Northern Syria, which has been fighting the expansion of the Islamic State (IS) in Syria, is made up of mainly the Kurdish People’s Protection Units (YPG) and Syrian Democratic Forces (SDF), backed by an estimated 2,000 U.S. special forces.

The video below purports to show the the village of Qurnê in YPG control after Turkish army shelling:

In the last week, U.S. President Donald Trump has called upon Turkish President Tayyip Erdogan to rein in attacks across Syria’s Kurdish region of Efrin, over concern that Turkish armed forces may kill U.S. troops on the ground and/or jeopardize U.S. interests in the area. During the phone call between both Presidents, Erdogan told Trump that American soldiers should immediately withdraw from Manbij and end support for Kurdish forces, or face military confrontation between Turkey and the US.

According to statement released by the White House, President Trump also expressed concern to Erdogan about “United States citizens and local employees detained under the prolonged State of Emergency in Turkey.”

Since the conversation between both presidents, Erdogan went on to publicly state that Turkey intended to expand military operations east of the Euphrates River near the town of Manbij, which would almost certainly place American special forces, and Kurdish YPG and SDF, in direct confrontation with Turkey.

Erdogan declared the Turkish military invasion of Northern Syria would continue until the (Kurdish) “terrorist” threat was eliminated, with no mention of any intent to attack the Islamic State. Meanwhile, Russia has reportedly coordinated with its NATO rival Turkey to clear the airspace for the Turkish invasion of Kurdish-held Northern Syria.

According the Syrian Observatory for Human Rights (SOHR), more than 42 YPG and 48 Turkish soldiers have been killed since Operation Olive Branch began just days ago.

Internationals within the YPG, made up of mostly western volunteers from the US and Europe, have issued statements declaring they are heading west to defend Afrin and fight the Turkish military.

“We the international fighters of the YPJ will take our place in resistance against the attacks that the Turkish State is making against Northern Syria. We came to Northern Syria to join the women’s revolution, to support and learn from the people here, to participate in building up the Democratic Confederation of Northern Syria, and to fight against Daesh. Erdogan’s dictatorship already caused so many deaths, the international community must condemn his policies and break all relationships with his fascist governement.”

Solidarity demonstrations with the Kurdish people have taken to the streets across Europe. In Germany, pro-Kurdish and pro-Turkish demonstrators even found themselves brawling it out fist-to-fist inside the Hanover International Airport. At the same time, the German government reportedly has halted all upgrade shipments of German-made tanks to Turkey amid public outcry over the offensive in the north of Syria.

Turkey views the YPG as a terrorist organization threatening its security and as an arm of the Kurdistan Workers Party (PKK, KU: Partiya Karkerên Kurdistanê), who ran an extended insurgent campaign against Turkey during the 1980s and 1990s. Since 1997 the United States has designated the PKK inside Turkey as a Foreign Terrorist Organization. 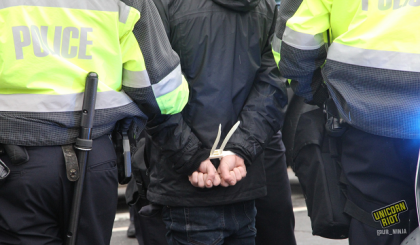 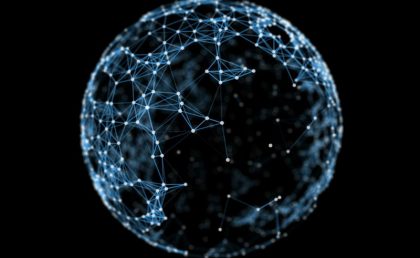 Blockchain: Revolution or Business as Usual?