Centennial, CO – In the evening of Sunday, July 29, 2018, a coalition of many local immigrant rights and social justice groups gathered outside the Immigration and Customs Enforcement (ICE) Denver Field Office to hold an encampment vigil.

Watch our live coverage below from Monday morning with updates of the vigil:

Tagged as “#OccupyICE” by the first occupation in Portland, OR in June 2018, this sweeping movement began after reports were released about the thousands of children being forcibly separated from their parents after migrating into the United States from Mexico.

These separations are a consequence of a recent “zero tolerance” policy, which criminalizes migrants, many of whom are seeking asylum in the United States. Instead of being allowed to pass through a point of entry to legally ask for asylum, asylum seekers face arrest, day-long waits, and claim to be turned away without stating their case.

Because of this policy, parents are being arrested and taken to jail to await criminal prosecution, and their children are being held elsewhere since it is illegal to place children in jail.

“On April 11, 2017, I issued a memorandum to all federal prosecutors entitled ‘Renewed Commitment to Criminal Immigration Enforcement,’ in which I directed the prioritization of the prosecution of certain criminal immigration offenses… Those seeking to further an illegal goal constantly alter their tactics to take advantage of weak points… Accordingly, I direct each United States Attorney’s office along the Southwest Border—to the extent practicable, [ ] to adopt immediately a zero-tolerance policy…”

About 1,500 of the separated children are being held in an old Walmart in Brownsville, Texas, while others are being placed in shelters, treatment centers, and secure detention facilities all across the country.

In a report published May 22, 2018, by the ACLU, the organization compiled thousands of documents obtained through the Freedom of Information Act (FOIA) which details children being abused, assaulted, and neglected. In addition to this report, there are also many children coming forward alleging similar poor treatment.

This stigmatization has been rampant in his administration since he was elected, even though there is plenty of evidence proving his and his colleague’s sentiments wrong.

According to a report by the American Immigration Council published in July 2015, “the overwhelming majority of immigrants are not ‘criminals’ by any commonly accepted definition of the term.”

Sanctuary movement leader and undocumented mother, Jeanette Vizguerra, who we interviewed last year, is one of dozens of concerned people joining the vigil outside the ICE Denver Field Office. She was in sanctuary in Denver, CO for nearly three months away from her four children until May 12, 2017, when she was granted a two-year stay of deportation.

Vizguerra believes the United States government is to blame for all of the illegal migrations from the south:

For us, Mexicans, even though we are neighbors with the United States, it is very hard to be approved for a visa, or to be allowed to cross in a legal way. There’s no process for that.”

Colorado has the most people in sanctuary at places of worship in the country; Ingrid Encalada Latorre, Sandra Lopez, Rosa Sabido, and Araceli Velasquez. Sabido, who is from Mexico, has been living on church property 24/7 for over a year, and has lived in the United States for over 20 years. Part of the vigil will be focused on these four women.

We will provide updates on the ICE Denver Field Office encampment vigil as they become available. 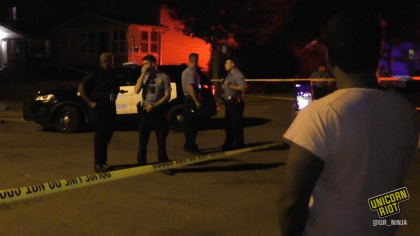 Record Numbers of Complaints Against Minneapolis Police Amidst Ketamine and Killings 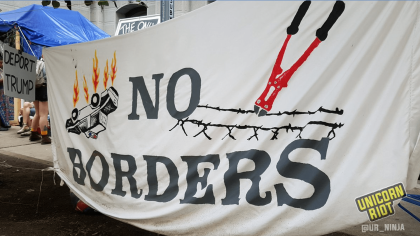