Aurora, CO – On Sunday evening, immigrant rights and social justice advocates began setting up tents and tarps outside one of the biggest privately-owned ICE Detention Facilities in the country. This detention facility in Aurora is operated by the prison company GEO Group and has a detainment capacity of 1,532.

Jeanette Vizguerra, immigrant rights and sanctuary movement leader, spoke with us on Monday morning outside the facility about why the group decided to create another encampment:

The Occupy ICE Denver group first set up a camp over three months ago outside the Denver ICE Field Office in Centennial, Colorado. After four days of their encampment, eight advocates blockaded the two main driveway entrances of the facility during a large rally in support of the camp. The crowd was met with militarized Department of Homeland Security (DHS) officers and a team fitted for riot control. The eight advocates were initially arrested, but then given citations and told they could go.

Tagged as “#OccupyICE” by the first occupation in Portland, OR in June 2018, this sweeping movement began after reports were released about the thousands of children being forcibly separated from their parents after migrating into the United States from Mexico.

These separations are a consequence of a recent “zero tolerance” policy, which criminalizes migrants, many of whom are seeking asylum in the United States. Instead of being allowed to pass through a point of entry to legally ask for asylum, asylum seekers face arrest, day-long waits, and claim to be turned away without stating their case.

Because of this policy, parents are being arrested and taken to jail to await criminal prosecution, and their children are being held elsewhere since it is illegal to place children in jail.

Vizguerra spoke with us on July 29 during the first camp in Centennial, listing the camp’s three demands (which remain mostly the same):

The first demand is that there are over 50 families here in a GEO ICE Detention Center in Colorado, we want those kids to be reunited with their parents because it is unjust that the government is owning the futures of those families.

And we are also asking them to cease the deportations here in Colorado with families that have already lived here for decades and that are being persecuted like criminals when they are not… The other demand is for better treatment in detention centers for the detained people who are treated in a cruel and horrible manner.”

Watch our live coverage from Monday morning of the new encampment below:

Unicorn Riot will continue to provide updates when they become available. 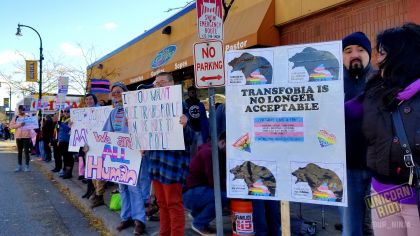 “We Won’t Be Erased”: Rally Spotlights Trans Visibility in Minneapolis 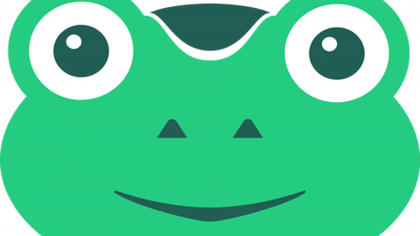