Minneapolis, MN – In April 2017, in the Seward neighborhood of Minneapolis, a direct action took place inside a local progressive cafe. The guerrilla teach-in was conducted in response to cafe management silencing employees who were attempting to center the needs of survivors of sexual assault after it became known that a cafe employee had raped someone.

Unicorn Riot was present to document the direct action, and have since reached out to the management of the Birchwood Cafe for comment. We also interviewed three local rape survivors who had participated in this act of community self-defense, and heard from one of the co-organizers of the action about the collective collective power of groups to confront and interrupt rape culture.

We have the collective power to end sexual violence if we are committed to center survivors’ stories, to demand reparations of harm, and to interrupt rapists and the reproduction of rape culture.” – Katin, rape survivor & action co-organizer

Katin, one of the co-organizers of the action, explained the timeline of events that led up to them feeling moved to take action. Someone who had perpetrated assault against Katin in the spring of 2015 was later hired as front-of-house staff at the Birchwood Cafe, a progressive local eatery that Katin had been frequenting and among whose staff Katin had many friends.

After a few months of painful silence, Katin allowed a close friend of theirs who worked at the cafe to email the management team about the coworker-perpetrator. This person was terminated after the email was sent.

Another cafe employee, Maddie, is also a rape survivor. She found herself out of a job after being silenced from advocating for the rights of the rape survivor in the email (Katin, whom Maddie did not know at the time), and requesting to not have to be scheduled to work the same shifts as a known rapist.

When Katin found out what had happened to these cafe employees who had advocated for them, Katin felt “emotionally crushed”. While they had expected the perpetrator “to be defensive and evasive of accountability, as most perpetrators of sexual violence are” they were unprepared for the news that the store management was “taking action against my advocates and talking about me—about the most traumatic experience of my life—without me, at Birchwood Cafe.”

My suggested first tiny step toward justice is to honor survivors’ stories. Hold space for our ability to critique the practices of popular institutions. Demand that any community space centers the needs of all marginalized folks, including survivors, before we’re forced to vulnerably share stories via public platforms like I chose to do at our Birchwood demonstration.” – Katin

The three interviewees each identified themselves as a concerned member of the community and had participated in the action to some degree. Heather, explaining why actions like this are important, said, “If nobody else is standing up for the values and what we need for the community, then we need to. And this action was a way to tell people about what happened and let them make their own decision about whether they want to support this business.”

Julia said, “You know people in your life who have been sexually assaulted, whether you know it or not, and it’s something that affects you for the rest of your life. And actions like this matter because it brings that to peoples’ attention and lets them know, hey, this is something in your world that exists that you need to acknowledge and you need to confront.”

Maddie began to describe how rape culture acts to quell critical discussion about itself by perpetuating the idea that rape is only to be discussed in private. She furthered:

Rape isn’t a private issue, it’s a public issue. It needs to be talked about. People who want to support survivors need to actively support survivors, and that’s not easy, but it’s also not easy being a survivor of rape.” – Maddie, rape survivor & former cafe employee

A few months after this action, Tracy Singleton, the owner of the Birchwood cafe, met with both Katin and Maddie. At that July 12 meeting both of the survivors asked Tracy to write a public apology, which she agreed to do. Since then, Tracy has emailed Katin to say that she has continued doing workshops with Birchwood staff and with the Sexual Violence Center. The open letter of apology, a gesture requested by survivors Katin and Maddie as part of a restorative justice process, has yet to be published.

In a comment to Unicorn Riot, Tracy admitted that the Birchwood “did not do enough to provide a safe work place for Maddie. This was a mistake. We tried to balance one employees’ [sic] right to due process with another employee’s right to feel safe and we failed.”

Tracy also remarked that “as part of my commitment to the restorative justice process, I am actively working on a public apology statement to Katin and Maddie. It is a priority” but did not respond when asked if there was a reason for the delay of the statement, which was promised eight months ago.

This action at Birchwood Cafe is one of many direct actions in the Twin Cities Metro area that have happened in the last few years, where survivor support groups and other concerned community members have banded together to realize collective empowerment and counter rape culture through acts of community self-defense.

Update: Birchwood Cafe owner Tracy released a public apology on May 30, 2018 via the business’ Facebook page: In the statement the owner acknowledged that sexual violence deserves the attention and response of the community it happens in, that the business had upheld injustice in numerous ways, and that she had perpetuated harm both before and after the community teach-in action at her cafe: “Shortly after their protest we engaged in a facilitated restorative justice process to try and repair the harm that was done. Though we agreed that I would release a public apology and work to change the culture at the cafe, our restorative process was ultimately unsuccessful…. though we have made several important changes within our workplace and raised awareness of rape culture within our staff, I must acknowledge that all my learning, personal growth and positive changes enacted within my business have come at a great cost to the two survivors I originally harmed.”

“After two years of talking, direction action, continued harm, a failed attempt at ‘restorative justice mediation’ and much more, the owner of the Birchwood cafe finally released a statement about this incident last week, where she took accountability and apologized for her actions and the actions of the Birchwood management. She has also instilled some changes within her restaurant to try to perpetuate rape culture to a lesser extent.

I hope that this can serve as an example for what accountability can look like, for restaurants and any other organization/business that perpetuates rape culture by silencing survivors. I also hope that this can be an inspiration to those of us who have been silenced. I hope this can inspire dialogue around this issue, especially in the restaurant industry where rape culture and sexual harassment run rampant and there is little to no protection for the employees.”

See below for other examples of community self-defense that Unicorn Riot has covered:

Our content is made possible by support from our viewers. To help our horizontally organized non-profit media organization, please consider becoming a monthly sustainer with tax-deductible micro-donations: 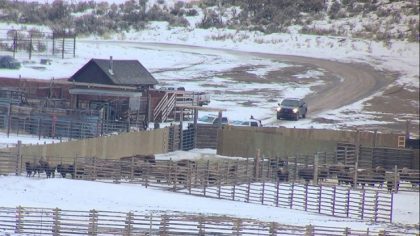 Three Arrested in Action to Stop Buffalo Slaughter in Yellowstone