Yellowstone National Park, WY – On March 6, two members of the group Wild Buffalo Defense locked down to Stephens Creek Capture Facility in a direct action to stop the slaughter of bison in Yellowstone National Park. After being arrested, they were charged with federal misdemeanors, and are being held in jail until a Monday morning hearing before a judge, along with a third person arrested near the facility for walking on the trails.

The early morning lock down consisted of two individuals who inserted a steel pipe through the bars of the squeeze chute used to hold buffalo for slaughter, shipping, or testing. A large banner reading “Buffalo Slaughter = Cultural Genocide” was displayed at the roadside entrance to the facility.

“Wild Buffalo Defense is a collective of indigenous and non-native organizers dedicated to seeing wild buffalo roam free on the plains and to protecting the treaty rights of native people to harvest buffalo. We use direct action physically stop Yellowstone National Park’s continued slaughter of the last wild buffalo and raise awareness about the issue.” – Wild Buffalo Defense (WBD)

In 2017, there was an estimated 4,800 of the last remaining free-roaming, undomesticated, genetically pure bison that once roamed North America by the millions. Yet also in 2017, over 1,200 bison were slaughtered in the second largest killing in the park’s history.

Cody Cyson and Thomas Brown, who took part in the direct action to prevent park workers from using the facility to ship buffalo off to slaughter were both charged with Class B Misdemeanors of interference with agency function and entering a closed area. Hannah Ponder, also with Wild Buffalo Defense, was arrested while hiking on the Beady Gulch trail and charged with a Class B Misdemeanor for entering a closed area.

All three of the arrested on Tuesday were ordered by Judge Carman on Wednesday to stay in custody over the weekend as the prosecutor was granted his request of more time to review the defendants’ backgrounds. The next hearing for them will be held at the Yellowstone Justice Center in Mammoth, Wyoming on Monday, March 12 at 10:30 a.m.

“I am standing with the plains Indians as a member of the Ojibwe tribe in Minnesota, I have a Blackfeet friend who helped me protect my territory from the Line 3 pipeline and now I am here for him and the buffalo. I have a love for the people. That’s what my mom passed down to me. And I have love for the environment and animals and I feel like I have an obligation to protect them. If I have to put my body on the line to do so I will.” – Cody Cyson

After the judge remanded the three into custody, the Wild Buffalo Defense collective stated the court proceedings were a “miscarriage of justice” and furthered that Cody and Thomas were playing the role that the National Parks Service should be playing in protecting buffalo.

The American bison, commonly known as buffalo, are an incredibly important cultural and spiritual symbol for indigenous peoples of the region. Just 200 years ago, estimates of around 30 million bison roamed what is now the United States’ Great Plains region.

After the north won the US Civil War, and as the European settlers continued their westward expansion, the US Army led an extensive campaign of genocide against the indigenous peoples of the land by slaughtering all of the bison they could find. Millions of bison were exterminated, nearly to extinction, by 1900.

From just over a dozen bison left in the world in 1900, a population recovery of up to 1,300 spiked around 1953. The highly contagious brucellosis disease affecting bison, elk, deer, and cattle, was documented in bison in 1917. “Although there has never been a documented case of brucellosis being transmitted from bison to cattle” Yellowstone National Park slaughtered many bison in annual culls from 1932-1969 and continued again after year 2000. The map below from the National Parks Service shows a timeline of the bison population from 1900 to 1959.

The bison population grew from 500 in 1970 to 3,000 in 1990 as a result of a moratorium on culling. Following the moratorium, the state of Montana sued Yellowstone National Park for allowing bison to roam out of the park, allegedly causing damage to ranchers property, and a feared spreading of brucellosis to the livestock of Montana’s largest industry, cattle. The Interagency Bison Management Plan (IBMP) was then created to connect tribal, state and federal agencies in bison management. The IBMP calls for a target population of bison to be at 3,000, which means that they have re-instilled annual culling.

“Between 1985 and 2000, about 3,100 bison were killed as they tried to migrate out of the park: some were captured and shipped to slaughter, others were shot by hunters or state agents.” – History of Bison Management, NPS

After last year’s historic slaughter numbers, the Wild Buffalo Defense collective say that, “This year the parks service has already captured approximately 525, and sent about 205 buffalo to slaughter. They intend to cull up to 900 this year, almost 20 percent of the total population.”

The WBD pointed out after Wednesday’s court hearing for the three arrested, that the defendants’ charges show that the parks function is to “capture and slaughter endangered buffalo“:

“The fact that Cody and Thomas were charged with interference with a government function assumes that one of the functions of the Yellowstone National Parks Service is to capture and slaughter endangered buffalo. These individuals sought to do what the parks service should be doing, which is protecting the wild buffalo and expanding their habitat in cooperation with the other agencies that are a part of the Interagency Bison Management Plan.” – Wild Buffalo Defense

Just last month, a judge ruled that the U.S. Fish and Wildlife Service was wrong in 2015 when it ruled against conservation groups and declared wild buffalo in Yellowstone ineligible for Endangered Species Act protection. A new review is now being conducted to see if protections can be given.

The Wild Buffalo Defense states that Stephens Creek Capture Facility gets $3 million “per year to maintain and despite years of public opposition continues to operate their capture-for-slaughter facility within the park boundary. Activists and tribes allege that the Montana cattle lobby controls how the Parks Service manages of the wild buffalo. Crow, the other individual who locked himself to the facility stated ‘They say they need to kill the animals to stop the spread of Brucellosis, but the wild elk have Brucellosis and they are allowed to roam free because the state receives income from the elk hunting permits.’”

This is the third incident of the year at Stephens Creek Capture Facility, where two other times featured over 50 bison escaping the facility. Criminal investigations have been opened for each incident.

The Wild Buffalo Defense collective stated on March 7 that the events in court and “the actions of the federal government will not deter [their] collective from undertaking more direct actions to protect the buffalo.”

UPDATE: After six days in custody, all three of the arrested were released after Monday’s court hearing. They were sentenced to five years of unsupervised probation and banned from Yellowstone National Park for five years. The Wild Buffalo Defense collective released a statement on Monday night saying, “Despite the efforts of the federal law enforcement and the judge to intimidate community members wishing to take action against the Stephens Creek slaughter facility; Wild Buffalo Defense will continue to use direct action to protect these sacred animals.” 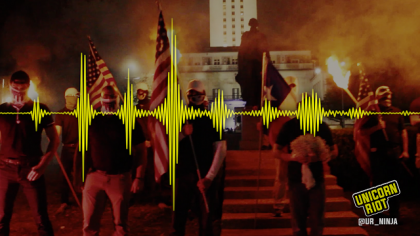