Las Vegas, NV – Millions of people throughout the world use social media on a daily basis searching for information, shopping, and even dating (to name just a few). Companies such as Facebook and Google offer “free” services to connect you to vast amounts of information, but at what cost to the user?

At DEFCON 26, Unicorn Riot talked with Jesse Hitch, a DevOps engineer, about the dangers of becoming the product itself simply by using social media. In the video below, Jesse explains how social media companies track and compile analytics of every online person using their services, and then sell your profile information to data brokers. Those same data brokers then use your personal data to sell you products through targeted ads and even manipulate what information you see (or don’t see in some cases). In the last few years, Cambridge Analytica, in collusion with some elected officials, were found to be manipulating voters through micro-targeted Facebook ads to influence the outcome of the 2016 US Presidential election and even the UK’s Brexit vote.

In the video, Jesse Hitch discusses using tracker blocking ad-on software when browsing the internet, such as NoScript and the EFF’s Privacy Badger. He also talks about other methods to avoid being tracked such as changing your social media settings and even using multiple browsers.

Jesse Hitch is a trans and queer DevOps engineer specialized in full stack development aimed at automation, and IT tooling. In his spare time, he researches security and privacy for the average user, creating and distributing easily digestible materials to keep everyone anonymous and safe from “bad people.” – QueerCon 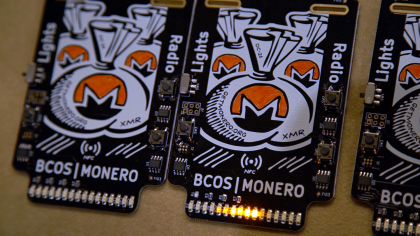