Although not officially classified as a Superfund Site, within the proposed mining site exists at least two abandoned open-pit uranium mines, which the EPA Region 8 Superfund Technical Assessment and Response Team contracted out a Preliminary Assessment (PDF) for in 2014.

The company behind the proposed project is Powertech USA, which is a subsidiary of a merger between Hong Kong-based Azarga Uranium Corp. and Canada-based URZ Energy Corp. Powertech USA submitted their application for a Nuclear Regulatory Commission (NRC) Uranium Recovery License in summer 2009. In spring 2010, the Oglala Sioux Tribe filed a Request for Hearing and Petition for Leave to Intervene on Powertech’s application.

Even with the Oglala Sioux Tribe contentions, the NRC issued the materials license (PDF) in June 2014.

When the NRC issued the license, they had not yet complied with the National Environmental Policy Act (NEPA). In a letter by then-Oglala Sioux Tribe President Bryan Brewer to the NRC, he wrote:

“We continue to express our interest in fully engaging in the cultural resource analysis and protection processes related to this project and ask that NRC staff abandon its current approach of prematurely finalizing its NEPA and NHPA documents until the proper steps can be taken to insure a competent cultural resource impact review, as well as consideration for environmental concerns.” 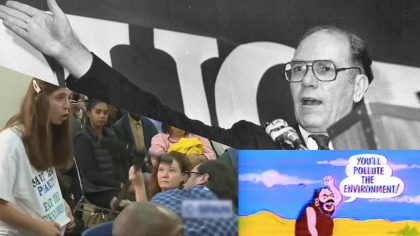 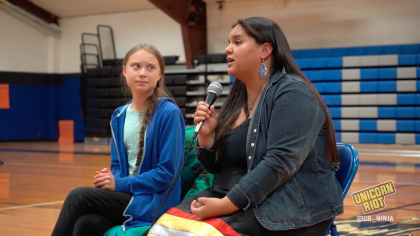