#NativeForum begins with drums by the Haylushka drum group. Flags are brought in and the room smudged. pic.twitter.com/Pl4YgSQKaO

Along with the panel was Marcella LeBeau, a 99-year-old member of the Cheyenne River Sioux Tribe, a World War II veteran of the U.S. Army Nurse Corps and recipient of the French Legion of Honor for her role in liberating France from Nazi control. LeBeau asked each candidate about H.R. 3467, the “Remove the Stain Act”, and their views on the recently introduced legislation to rescind the 20 Medals of Honor awarded to United States soldiers who participated in the Wounded Knee Massacre.

Below is some of our coverage, starting with Marcella LeBeau asking independent presidential candidate Mark Charles about the Remove the Stain Act.

Eleven candidates participated in the forum, 10 Democrats and one Independent. Below we’ve included hyperlinks to each candidate’s panel that begins with the introduction of the candidate. They then answered questions from the panel on topics spanning from the legacy of trauma as a result of boarding schools to road repair projects on reservations.

Each candidate’s panel lasted about an hour:

Democratic and Republican presidential candidates were invited to participate in the forum, including President Donald Trump and Republican challenger William Weld.

During the event we spoke to Mechelle Skywalker, chairwomen of the Native American Caucus of Nebraska, about the legacy of Frank LaMere. She relayed how LaMere told her, “They’re not gonna invite us to the table, you gotta bring yourself.” She then explained how his influence led to her being chairwomen of the caucus and getting Bernie Sanders and other democrats to the forum.

The forum ended in ceremony and prayer, just as it began. Presidential candidates left the forum, some promising to “Remove the Stain” and rescind the medals of honor awarded to U.S. soldiers during the massacre of Wounded Knee, while others promised to remove the Dakota Access Pipeline if they win.

It’s unknown how the next president will treat Native Americans in the wake of the USA’s legacy of broken promises. The one thing that’s clear is that “Indian Country” continues to organize to vote in the 2020 presidential elections. 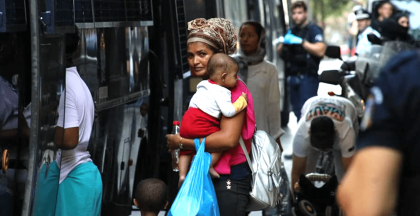 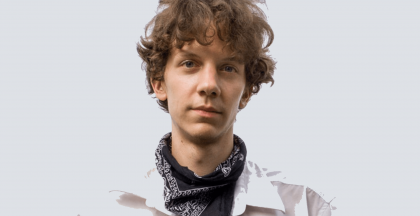