Lützerath, Germany – A mass demonstration led by a diverse coalition of climate activist groups on October 31 was the largest yet in Lützerath, a small village in the German Rhineland occupied by activists since last year. The march of about 5,000 people was the climax of the “un-evictable” festival, which featured a week of actions, talks, music and other events designed to make the planned destruction of the village all but impossible for authorities. It coincided with the start of the COP26 UN Climate Change Conference being held in Glasgow, Scotland.

Lützerath – sometimes referred to, collectively along with other neighboring resistance sites, as ZAD Rhineland (“Zones to Defend” Rhineland) – was set to be destroyed in order to make way for the expansion of a sprawling open-pit coal mine of about 30 square miles, called Garzweiler II. But since activists transformed the village into an impenetrable autonomous zone, their resistance has so far prevented the planned expansion.

“At the moment there are hundreds of activists here to defend the village,” said Bastian Neuwirth, a climate campaigner with Green Peace Germany. He lives part time in a small portable structure in Lützerath. “It was so crazy because it never happened before that so many people came here for a demonstration.”

Police brutality and a cat-and-mouse game with activists happened as the mass demonstration seemed to come to an end. Instead, around 600 activists from a direct action group called Ende Gelände suddenly rushed a police line blocking access to the edge of the open-pit mine.

A press release from the group said “several people were injured, at least one person seriously.” A small part of the group “reached the scarp of the mine and stopped the excavator for several hours,” while the rest of the group was pushed back violently by police in riot gear.

Ende Gelände (“here no further” in German) is known for their direct action against the mines, including tying themselves to the enormous excavators. “We shut down the coal mines when we want to, so that all villages can live on – worldwide. We remain an investment risk for fossil fuel capitalism and we will be back! Because defending Lützerath means stopping Garzweiler!” said spokesperson Emilia Lange.

An eviction date of November 1 loomed for Lützerath. RWE, the multinational energy corporation operating the Garzweiler II coal mine, was set to bulldoze the remaining homes, trees and barns. But a sudden announcement came just days before that: the police and the energy company’s security would wait at least a few more months until the verdict of a lawsuit filed by the village’s last farmer, Eckhart Heukamp.

Heukamp refused to leave Lützerath when the rest of the remaining villagers left just months ago. His lawsuit against the German government’s attempt to confiscate his land and destroy his home through eminent domain makes a lot of sense to the activists that are rallying behind him. Eminent domain is generally used to expropriate land that the government believes can be used for the benefit of the general public, like making way for public utilities such as highways or railroads.

But extracting and burning the coal in the ground under the village is certainly not in the public’s interest, activists say. On the contrary, they say it’s bad not just for Germans, but for people around the world because it could edge temperatures closer to the tipping point of irreversible climate catastrophe.

Former residents of the dozens of leveled towns were given compensation and relocated to newly established villages nearby, but memories and history were still destroyed, such as the 19-century cathedral in neighboring Immerath. Opponents say that it’s a steep price to pay for such dirty energy.

The protests at Lützerath have revolved around the idea that the village should serve as a shield, a strategic location in the middle of the planned expansion terrain. The activists call it the 1.5 °C limit (2.7 degrees Fahrenheit). If the mine is allowed to expand as planned and the tons and tons of brown coal in the subsoil is burned, meeting the 1.5 °C climate goal set by the Paris Agreement would become impossible. Scientists say if global temperatures continue to increase over 1.5 °C the average pre-industrial temperatures, it could cause irreversible damage to the environment and could lead to a catastrophic cascading effect.

The Garzweiler II mine is called so because it is indeed the second – it’s an expansion from the first. That expansion was set to continue, literally wiping Lützerath and six or so other towns off the map. The name itself comes from the name of a village in the original location of the first mine, destroyed in 2003 along with 20 other villages. Since as early as the 1960s, dozens of towns have been bulldozed here and in other parts of Germany to make way for similar mines.

The brown coal dug up from these mines is burned in nearby coal power plants, some of the dirtiest in Europe. Two of those power plants are clearly visible from the village of Lützerath, a reminder of the ongoing emissions these activists are fighting against. Digging never stops here – the extractors chug on 24/7, clearly trying to sow as much profit as possible before the 2038 phase out date.

In fact, the German government allowed an additional coal power plant to be built in the Rhineland just last year, a hypocritical move for a country that outwardly boasts its supposed commitments to climate targets. Activists continue to denounce the blatant greenwashing campaign by German politicians, formerly spearheaded by conservative chancellor Angela Merkel. (Outgoing Chancellor Merkel is expected to leave office in December after a new government forms.)

“It feels like a small victory,” said Neuwirth, referring to the deferred eviction. “But this village is still threatened and that means we still have to continue defending this here.”

“We want to stop the coal diggers here – before these villages – because we are living in a climate crisis and it can’t happen that they are negotiating in Glasgow about the climate and things like this are happening still in 2021,” Neuwirth added. 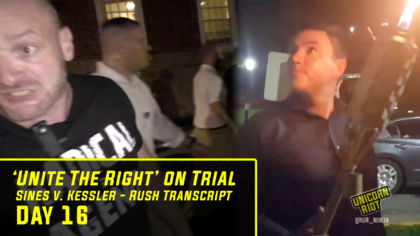 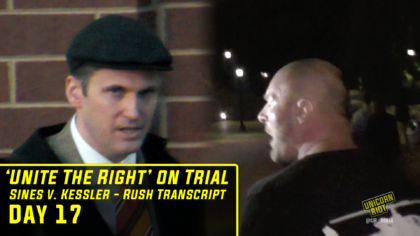