Minneapolis, MN – Dozens participated in a nighttime march down University of Minnesota’s ‘Frat Row’ protesting sexual assaults on September 10, 2021. The march happened on a Friday night around 10 p.m. during ‘Rush Week’, when students are choosing which fraternity to join and fraternities do initiations. The student-led march titled All Frats Are FIJI was prompted by the neglect of the University of Iowa, the University of Nebraska-Lincoln, and law enforcement to hold sexual assault perpetrators in the Phi Gamma Delta, or ‘FIJI’ fraternity, accountable.

Before the march, students, and community members held space in a courtyard just north of Cook Hall on the U of MN campus. Organizers shared stories from local survivors of sexual assaults at the hands of fraternity members, all of which were recent and featured young women raped by frat members who faced no consequences. Survivors spoke of the contrast between the apparent ease of the perpetrators to commit their violence, and the difficulties of the survivors to return to ‘normal life’ and attending classes while dealing with the trauma of being sexually assaulted.

Flyers for the march were posted online with the following statements: “we know what they stand for, no more apologism,” “fuck the frats” and “shut them down.” When the march got moving down University Avenue, the popular chants of the night were “all frats are bastards,” “kill all rapists,” and “fuck the frats.”

A majority of the students that crossed paths with the vociferous march chanted along, clapped, and yelled in approval of the action, with many joining in.

When the march reached the FIJI fraternity house in Minneapolis, fireworks were thrown at the property, nearly hitting the hired security guards outside the house. In response, one of the two security guards brandished a large gun. The march dissipated shortly afterwards.

After the action, organizers of All Frats Are FIJI stated that they rallied to show their anger at “how Greek life [fraternities] has been allowed to treat our communities” and said they plan to maintain resistance and that they “hope to provide support for victims” however they can:

“We organized the rally as a means to communicate to the university, frats, and the world that we are angry at how Greek life has been allowed to treat our communities. We expected more of a liberal protest, but were surprised to see that the community held so much anger and frustration that some protesters felt compelled to show up in black bloc and a few even threw fireworks in frustration. While we can’t condone these actions, we understand the outrage felt by the community as a result of constant attacks against the student body by Greek life. We plan to maintain this resistance to Greek life and its culture, and hope to provide support for victims of fraternal sexual violence in whatever ways we can.“

The march was similar to a march held in 2017 protesting sexual violence from frats. An organizer and participant in the 2017 march spoke with Unicorn Riot after the All Frats Are FIJI event:

“As someone who was involved in Fuck the Frats in 2017, I’m so overjoyed to see this sentiment continuing. I think it’s important to have visible resistance to frats and their culture, and a joyful resistance at that. I believe that demo four years ago made space for a larger communal imagination around the world without frats. My heart goes out to anyone who was assaulted at a party that night. I have love and rage for you. Fuck the frats.“ 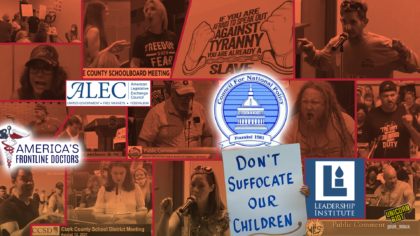 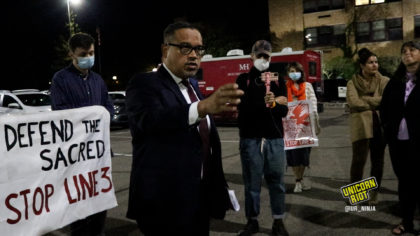