The streets and alleys of the Gaza Strip were almost completely submerged from rain on November 8, 2022, coinciding with the beginning of the winter season. Water flooded the main roads and stopped traffic almost completely in the early morning hours.

As a result of the flooded streets and roads, cars lined up inside the city centers and various neighborhoods in the Strip were submerged by rain. Many students and employees were not able to reach their schools and workplaces.

The ongoing Israeli blockade on Gaza, along with four Israeli-waged wars in the last 15 years, has exacerbated the flooding as infrastructure has been bombed and upgrades and development stunted. Residents suffer from unsafe drinking water, power outages, and continually worsening living conditions.

After this year’s flooding, Palestinians in the Gaza Strip accused the municipal councils of failing to prepare for the winter which is still in its infancy. Each year, residents in Gaza have called on the municipalities to prepare for the winter season early by asking that municipalities clean the water drainage channels scattered in various areas in a way that does not lead to flooding streets and homes and paralyzing movement.

Yet, these scenes have been repeated several times in recent years, and the winter season for the Palestinians in the Gaza Strip has come to represent the imminent flooding of the streets. In some cases, the flooding is so severe that residents have to use small fishing boats to cross the streets.

The majority of municipal councils announce their readiness about a month or two before the winter season by talking about opening airport water and sewage drainage channels. However, these announcements differ from the reality experienced by residents.

After the flooding on November 8, we heard from Tariq Abu Sidou, an affected shop owner whose store was flooded and goods were damaged. He said “the Gaza municipality is supposed to know that winter is coming, and they know that this area is flooding every year.”

“I opened the shop and was surprised to see that it was flooded.  looked at the shoes, all of them were not suitable for use, and none would fit anymore. The UPS, battery and charger were all damaged, who will compensate me for these damages? The Gaza municipality is supposed to know that winter is coming, and they know that this area is flooding every year. Everything on this street was supposed to be fixed from the start, but they didn’t fix anything on it and now we’re drowning and hurt and I don’t know what I will do.”

Activists in Gaza have recently criticized the heads and members of municipal councils, demanding their resignation and calling for elections for municipal councils that would be able to meet the needs of the population.

No elections have been held for municipal councils in the Gaza Strip since 2005, as the current councils are appointed by the Hamas Movement’s Follow-up Committee on Governmental Work, which has managed the affairs of the sector in recent years.

In turn, the various municipal councils in the Gaza Strip attributed the flooding to the collapse of infrastructure caused by repeated Israeli targeting during bombings in the last two decades. Much of the existing infrastructure is also more than 50 years old and basically dilapidated. Municipal councils also blamed the failure to implement new infrastructure projects and the Israeli restrictions imposed on the reconstruction process.

On the ground, teams of the local municipal councils deployed in a number of cities in the Gaza Strip to empty the water drains at the airport. Using primitive methods, they drained the water and reopened the streets to the movement of cars.

There are 25 municipal authorities and councils in Gaza which provide services to more than two million citizens in Gaza, most of which suffer from stifling financial crises due to the blockade, or siege on the Gaza Strip.

Roughly the size of Detroit, the Gaza Strip, or Gaza, is a self-governed territory consisting of a 25 mile strip of historic Palestinian land off the coast of the Mediterranean Sea. Five large governorates, North Gaza, Gaza City, Deir al-Balah, Khan Yunis, and Rafah, hold around 2.1 million people in 141 square miles [see maps via Al Jazeera and via B’tselem].

Over six of 10 Palestinians in Gaza are refugees, initially expelled from their homes as the state of Israel was formed in 1948. Israel then captured the Gaza Strip in 1967 and similar to other Palestinian territories like the West Bank and East Jerusalem, Gaza has been under Israeli occupation since.

Over the last three decades, Gaza has been a central flashpoint in the Palestinian-Israeli conflict. Israel built a barrier wall around the whole Gaza Strip in the 1990s and has, since 2007, conducted a full land, air, and sea blockade of Gaza. The blockade has led to shortages of medical supplies and even food and fuel.

Israel has waged several wars on the territory and repeatedly bombed infrastructure including sewage and water lines, roads, and homes in high-residency neighborhoods. The blockade also prevents construction materials like steel and cement from entering the Strip. That, along with the economic degradation the territory is facing from the siege, has effectively stunted the ability to update infrastructure.

The blockade on the residents in Gaza, which has one of the world’s densest populations, has earned the territory the title of “the world’s largest open-air prison.”

A short 10 days after the flooding, a tragedy struck North Gaza as 21 people perished in a fire in a residential building the Jabalia Camp. Jabalia is the largest out of eight refugee camps in the Gaza Strip.

Funeral procession for the martyrs of the Jabalia camp fire, from the Rashidun Caliphate Mosque in the northern Gaza Strip

21 bodies were recovered from inside the residential building in which the fire broke out in Jabalia camp, and they were transferred to the Hospital pic.twitter.com/LkBkoS4cuY 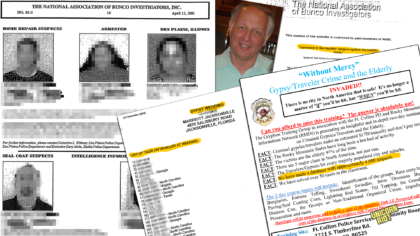 Police use Private Database to ID & Racially Profile Roma in US 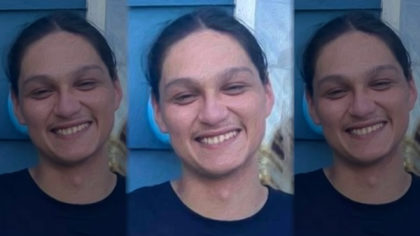