Athens, Greece – In late August, Pakistani migrant Wares Ali, 52, died from heart failure inside Eleonas Refugee Camp as medical personnel have left hundreds without healthcare as part of the authorities’ strategy of displacement. Ali had been in the camp on the outskirts of Athens, Greece, for six and a half years and was never given legal documents. He leaves behind a wife and three children, all without papers.

Eleonas Camp has been the site of constant protest this year as refugees and community members have been resisting a planned resettlement of the residents to camps outside Athens. Despite worsening conditions in Eleonas, with lack of healthcare, sanitation, and food, residents don’t want to be placed into restrictive closed camps further away from Athens, where many of them currently have jobs.

This follow up to our first report and video on Eleonas Camp features updates on the direct actions that have stalled evacuation plans, the death of Wares Ali, and the wider ongoing migrant displacement strategy of the Greek government.

Police operations to transfer/resettle the residents of Eleonas to camps outside Athens have stalled, to a large extent dude to persistent mobilizations by residents and solidarity groups.

Overnight protests and blockades of the camp’s entrance have stopped the plans of the Municipality, the Ministry of Immigration and the International Organization for Migration (IOM) to fully evacuate the camp. Images released of the violent police operations on Aug. 18 and 19 showed there could be political costs for the Municipality of Athens and the government.

Since the operation began in mid-June, only a few dozen migrants have been transferred to other camps, while over 600 people remain in Eleonas Camp, the vast majority of them without legal documents, even with many living in the camp for up to seven years.

The tragic death of Wares Ali from cardiac arrest on Aug. 30 stalled another police ‘evacuation’ operation as it was being prepared.

The first police and municipal displacement operation took place on July 29, 2022. An IOM bus came and picked up migrant families from the Eleonas Camp to take them to closed structures located far from the city. Police forces arrived at the site to ensure the smooth displacement of the migrants. Some migrants had already refused to be transferred, despite the fact that their names are on the list.

The next displacement operation took place on Aug. 8 by the Ministry and the IOM with police escort. This time they moved people from the Somali community and families from Iraq and Syria.

A short time later in the centrally-located Syntagma Square on Aug. 12, a rally was held in solidarity with the migrants of Eleonas and against the upcoming evacuation of the camp and it evolved into a spontaneous demonstration.

The next week, at dawn on Aug. 19, riot police violently invaded Eleonas Camp. The residents wanted to prevent the camp manager from entering the camp on the last day of the week, so that the transfer plans would be delayed.

In turn, the manager ordered about 60 police troops to intervene against the protesters, who consisted mainly of pregnant Congolese women with their children and community members standing in solidarity with the migrants and refugees. Without warning, the police physically beat the solidarians and pushed them into the camp along with the pregnant women whom they were protecting with their bodies as shields.

The police then escorted the camp manager to her office amongst protesters demanding she leave. After an hour the police provided her protection as she left and afterwards, the police continued to harass, intimidate and beat some of the migrants for another hour or so. Some migrant women were dragged on the floor by the police and needed medical help that the police prevented with threat of arrest.

On Aug. 31, in the usual practice of the Municipality, the Ministry and the police, buses arrived at dawn to displace migrants accompanied by riot police. It was at that time that those gathered outside the camp were informed of the death from cardiac arrest of 52-year-old Wares Ali. Ali was a Pakistani waste picker and was staying at the Eleonas Camp with his wife and three young children, one a newborn.

The stressful condition of imminent displacement had, according to his relatives, overwhelmed Wares Ali and led to his heart attack. For three hours, camp guards refused to call an ambulance, underestimating the seriousness of the situation and ignoring the family’s pleas for help. No medical personnel are stationed in the camp anymore as part of the authorities’ displacement strategy (see below).

After Ali’s death, the police brought his wife to the local police station where she was questioned if she killed her husband. At the end of the interrogation the cops announced that she was under arrest for being undocumented. They wanted to send her to Amygdaleza Camp for deportation and her three children to be taken away by a man who accompanied her. Due to the pressure from the community, she was released and sent back to the camp, but in a miserable psychological state.

The camp director who was on site for the evacuation made no comment to the family, friends, or to the media.

Wares Ali’s deceased body was left in the camp by medical personnel for an extended amount of time and he was eventually placed into a dirty coffin, his family said. Ali’s funeral took place two days later, with the Pakistani community bearing the full cost of transporting his body to Pakistan.

On Thursday, September 8, another demonstration took place at the Eleonas Camp against the attempt to forcibly evacuate it and because of the death of Wares Ali. After starting outside the camp and walking in the streets around it, the march entered the camp itself, breaking the segregation between locals and migrants.

From the beginning it became clear that the vast majority of the residents of Eleonas Camp would not leave the camp voluntarily. The process of gradual removal of the migrants became key for the authorities. To do this, they used extortionate/intimidating practices such as the interruption of services and the denial of asylum.

According to testimonies of camp residents, before the police used force, they used verbal and psychological violence and threats. Residents were forced to wake up in the early hours of the morning in a panic by the police as a means of pressure to leave the camp and reportedly threatened to take their children away if they did not leave the camp voluntarily.

The ministry and the camp management retaliated against the social workers who had sided with the residents when the displacement plans were made known.

Management also zeroed out the health staff in order to force the residents to “voluntarily” move to other camps. The lack of health staff inside the camp directly led to the death of Wares Ali and to this day exposes many residents belonging to vulnerable groups to a litany of dangers. At the same time, all services in the camp, including food, have been suspended.

The new camp manager, Maria Dimitra Nioutsikou, who was an administrator at the refugee camp in Samos island in 2018, is well known and un-liked by some of the Eleonas residents who were in her camp four years ago.

According to testimonies of camp residents, Nioutsikou was responsible for horrific conditions of physical and mental torture at Samos. She was in charge of the camp during the period when unaccompanied minors committed suicide as a result of living conditions in the camp. Minors were forcibly separated from their siblings (against the law) and up to twenty slept in rat and insect-infested containers meant for seven people. Furthermore, the conditions at Samos created sexual violence and psychological and physical torture, instead of protecting asylum seeking migrants and refugees from it.

From the very beginning of her management of Eleonas Camp, she threatened any resident she recognized from the protests with the termination of their asylum procedure and addressed individuals leading the protests: “I will make sure you end up in prison.” She routinely refuses to answer any questions by residents or media regarding her activities at Eleonas Camp.

According to residents, Nioutsikou informs people of their transfer by distributing a written document saying when and where their transfer will take place. A direct notice is then added to each of them saying that if they refuse to leave they’ll be thrown out on the street, their asylum files will be blocked and they will be removed from the Greek asylum system.

Another strategy that the authorities have used to break up the residents’ struggle is to bribe people who were leading the protests by providing them with apartments in the city. This did not work and the protests have continued.

For now, the displacement operations taking place are very limited and all scenarios remain possible for the fate of Eleonas Camp and its residents. 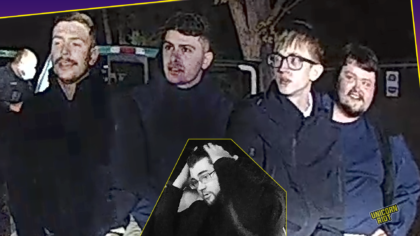 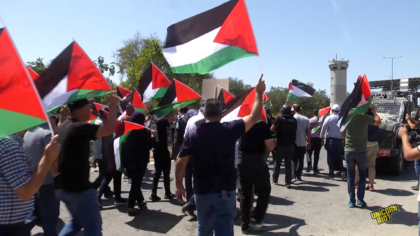