The Deprogram International Report is a breakdown of protests from across the globe in the last two weeks. By analyzing different struggles we can gain a better context for struggles here at home. We hope this helps find commonality and build solidarity across continents to help strengthen popular movements to help make positive change for those who need it most.

On August 7th, a Nigerian police officer shot and killed a bus driver for not paying a fine. Protests erupted almost immediately, with vehicles destroyed and burning barricades set up to block the major highway of Port Harcourt. The state police commissioner issued a statement in less than 24
hours, saying David Legbaraa was killed in a

“clearly unacceptable and avoidable circumstance… the policeman was promptly disarmed and arrested.”

The governor of the state came to the protests saying the days of impunity were gone, he made a statement to the crowd, stating,

“I have just placed a call to the Commissioner of Police and I am assuring you that the policeman who killed this unarmed citizen will face justice.”

In Port Elizabeth, South Africa, students and their parents held extended protests over school closures, overcrowded classrooms, and insufficient school supplies. Burning barricades were set up on major roadways and police were attacked when they tried to engage the protesters. Heavy use of teargas was reported and the protesting students and parents responded with molotov cocktails.

High School students in Taiwan are reaching their first week of an extended sit-in protest in front of the Ministry of Education, breaking through fences but not being able to force their way past riot police into the building. The students and supporters are highly critical of revised text books they claim are worded for pro-China brainwashing. Protesters have highlighted examples in the history text book that they claim rewrite and violate Taiwan’s history. A majority of Taiwanese hope to see their island gain independence, but China has said it has not ruled out military force if Taiwan steps too far from Chinese control.

On July 27th in Manila, Philippines, protesters marched against the president’s state of the nation speech. -(Protester speaking)-

Police officers stopped the march from nearing the House of Representatives building where the president was giving his speech. Protesters defended themselves with rocks, bottles, and homemade shields against police batons and water cannons.

Heavy street fighting in Turkey has persisted stemming from the ISIS bombing of activists in Suruc, and nationwide police raids on activist houses that resulted in the death of one activist and one police officer. Thousands have continued their presence in the streets holding back police incursions with rocks, bottles, and molotov cocktails. In response to the coordinated police raids, at least two armed attacks were carried out, with a police station being bombed and the US consulate in Istanbul being fired upon.

To inflame the situation more, yesterday the Turkish air force launched a bombing campaign against the Kurdistan Worker’s Party, destroying 17 “targets”. At least 4 Kurdish militants and at least 29 Turkish police and military personnel have been killed in the recent fighting. Many have criticized the Turkish government for carrying out this campaign during a time when the Kurds are leading the fight against ISIS.

And in Burundi, the unfortunate illegal re-election of the president for a third term has left protesters with few options left but to join the rebel movement. The election day witnessed a number of killings, including a police officer and a protester. The General in charge of the president’s personal security has been assassinated, with his motorcade being targeted by explosives and automatic rifles. Many military personnel have left their posts to participate in the resistance movement that has claimed territory north of the capital in the porous Cibitoke region bordering Burundi, Rwanda, and The Democratic Republic of Congo. The president has faced some minor international criticism and may be open to a unity government.

The International Report is a bi-weekly segment played on Unicorn Riot’s live show Deprogram, which airs every Wednesday at 9pmEST. 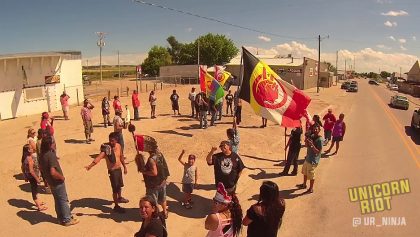 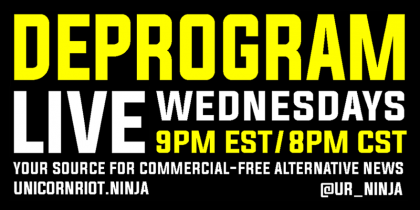