#Snowden #NSA #ATT | More Snowden documents have thrown a spotlight back onto the NSA’s spying programs using telecommunication giants AT&T and Verizon. According to the newly released documents, the NSA and AT&T worked together from 2003 to 2013 to sweep up communications that flowed through AT&T as well as other telecoms as part of the surveillance network Stellar Wind.

#Windows10 | Windows 10 snoops and reports to Microsoft even if privacy settings enabled. Windows 10 continues to send private information to Microsoft servers despite privacy settings. Windows claims the data is to enhance user experience. The data sent includes a user identification number. Windows also uses a live tile system that it updates constantly, but even if those tiles are disabled, windows sends information to the computer via un-encrypted links. Windows also continues to update it’s Onedrive with information from your computer even if you’ve disabled Onedrive. many privacy advocates are worried as Windows access to your computers information despite the privacy settings you’ve set.

#Surveillance #Stingray | New documents unveiled by Ali Winston and the Center for Investigative Reporting reveal that Chicago and Los Angeles are using military surveillance technology to sweep up citizens data. Dirtboxes were purchased in Chicago through asset forfeiture cases and in Los Angeles, a $260,000 Homeland Security grant was used.

#SesameStreet | The youth programming classic ‘Sesame Street’ has entered into a new five year contract with HBO which will take away the free programming on the original source of PBS for a nine month period of time. The CEO of the nonprofit Sesame Workshop is stated as saying that because of a lack of DVD sales and income, the deal with HBO provides the “critical funding it needs to be able to continue production of ‘Sesame Street’ and secure its nonprofit mission of helping kids grow smarter, stronger and kinder.”

#StopWMM #Antifa | In Liverpool, UK a proposed “White Man March” was cancelled after antifascists took the streets in opposition. The fascist march, called by National Action, was met by an overwhelming amount of Anti-fascist counter protesters. The Anti-fascist network called for a “diversity of tactics” to oppose the “white man march”. The fascist march was dispersed as anti-fascist protesters held them at train station, pelting them with fruits, eggs, water bottles and insults, which eventually had the fascists hiding in a lost and found room. The anti fascist network was quoted as saying, “The neo-Nazis didn’t have a march, they didn’t have a rally, they didn’t even leave the train station.”

#ChelseaManning | Chelsea Manning has been disciplined for having expired toothpaste and magazines in her cell. She faced a disciplinary hearing in which she received 21 days restriction on gym activities, library, and outdoors. Before her hearing she was barred from using the prison library.

#FightForDyett #SaveDyett | The struggle for educational funds in Chicago continues as Dyett High School is being threatened with closure. Community members, activists, and politicians have started a hunger strike to demand that the school stay open. During the show’s broadcast it was the third day of the hunger strike.

#sHellNo #ArcticDrilling | On Monday, the Obama administration gave the green light for the oil company Shell to start drilling for oil in the Arctic. The Burger J well is approximately 70 miles from the coast of Alaska and is thought of by oil companies as having great prospects for tapping into oil reserves. The fears from climate activists are that it will further impact the polar ice melts and lead to oil spills in the Artic.

#Pentagon | A newly released Law of War Manual from the Department of Defense is raising a lot of concern in its language and views USA military commanders to label journalists as “unprivileged belligerents.” The label allows commanders to detain journalists without charges, and without the right t habeas corpus.

#Guantanamo | Tariq Ba Odah has been on hunger strike as a prisoner in Guantanamo Bay for over 8 years now. Amnesty International is pressuring the US government to release Ba Odah but the government is using his medical condition of losing 56% of his body weight from the hunger strike as an excuse to not medically clear him for release.

We were joined by three guests.

#DefendDenver | The first interview was with Elisabeth, who speaks on the ongoing police repression and intimidation in Denver against her and others:

#NavajoNation | Our second interview was was Janene Yazzie and was about the Navajo Nation struggles.

#Endegelaende | The third interview was with Pascoe Sabido and focused on the direct action in Germany against a coal mine. 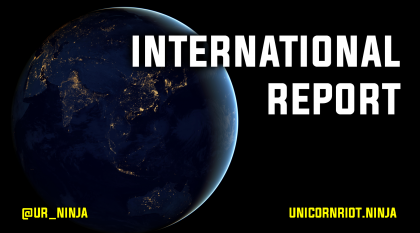 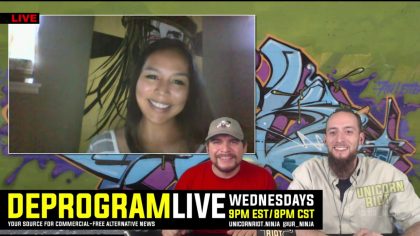