St. Paul, MN – On June 6th, an estimated 5,000 people from across the United States took the streets of St. Paul in the Midwest’s largest Anti-Tar Sands march.

The Tar Sands Resistance March came a day after the Minnesota Public Utilities Commission approved permission for the $2.6 billion Sandpiper pipeline expansion that will bring crude oil from the Bakken fields in North Dakota through Minnesota to the Great Lakes.

The day’s events started with a Water Ceremony on the banks of the Mississippi River at ten in the morning. The water that was prayed over then led the march along with the Indigenous Bloc.

The march went from Lamberts Landing at Sibley St. and Shephard Road through downtown and up to Minnesota’s state capitol building.

When the march reached the capital building, a rally was hosted by Eagle Woman of the Indigenous Environmental Network and Reverend Yearwood, president and CEO of the Hip Hop Caucus. A slew of community members, indigenous dignitaries, organizers, artists, and eco-warriors spoke about the various issues, struggles, and reasons for organizing resistance against pipelines carrying tar sands as well as oil.

Over 60 organizations were involved in the event. 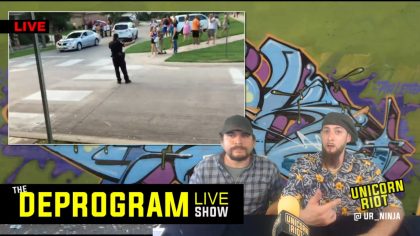