On Tuesday, November 3rd, 2015, I arrived in Southside Chicago to cover a march against industries destroying the local community’s air quality. I had just left Duluth where activists entered an Enbridge office and protested Enbridge’s push to place Tar Sands pipelines through Northern Minnesota. Here in Chicago, people were protesting the industry that refine products that companies like Enbridge want to push through Minnesota to get to Chicago area.

Locally, the air smelled of chemicals and slowly coated the inside of my mouth the longer I stood there. I spoke to a resident who said that communities in Chicago deserved to live in dignity “Without the disgusting air coming from this company [Agri-Fine] and the black dust from that company [KCBX].”
A diverse group of people, with all ages and backgrounds, listened to people expressing their love for their neighborhoods and how they all deserved to breathe clean air. They then marched to the last remaining site of Petcoke storage. Petcoke, a petroleum waste product created during refining, is so dangerous that Southside Chicago has a warning system in place to tell residents to stay inside once winds reach over 15 mph. One resident asked me how it was possible to live in a world that allowed people to be held hostage in their old homes. The neighborhoods have been protesting for two years and shut down two Petcoke storage sites. Now they were looking to get rid of this last remaining one.

This last storage site is damaging peoples’ lungs. A nurse present at the protest asked viewers to imagine a smoker inhaling their cigarette. That damaged their lungs, but they could quit and their lungs would heal—this community basically was inhaling the pollutants all day, and they couldn’t quit, because it was in the air they breathed.

Caroline echoed a few other people I spoke to that stated that a business should positively affect a community. The experiences I heard were of industrial sites popping up around homes and schools with no discussion on how that would affect the neighborhoods or people’s health. Caroline believes those conversations should have happened first, and a businesses negative effects on a neighborhood shouldn’t come as a surprise.

The coalition behind the march “Chicago South East Coalition to Ban Pet Coke,” was made up of labor organizers who demanded $15/hr, but also echoed Caroline and demanded businesses benefit communities instead of poison them.

After listening to the speakers, I caught up with a couple of residents and asked them what they felt about the actions in Duluth, MN. They all echoed that they were a part of the same struggle.

Another woman holding a child explained to me that they were just at the other end of the pipeline and she was thankful for everything everyone was doing.

As I was getting ready to go, I spoke to a couple of women of color and one explained to me that the owners of these industrial sites, like the Koch Brothers, paid politicians to support their interests, and that the community had to rise up to fight for themselves and against groups like the Koch brothers. She said she wanted good neighbors who practiced environmental safety.

The last person I spoke to said there’s one thing that explains what’s going on here, and that’s environmental racism. She said, that the industries that are polluting our neighborhoods are put here on purpose, because we’re aren’t rich people, and we’re a majority community of color.
As always I was thankful to be able to listen to the voices in Southside Chicago who continue to fight for their communities to be able to breathe clean air and hope for a cleaner future for their children. I look forward to continuing to follow the climate justice fight in whatever form it presents itself. 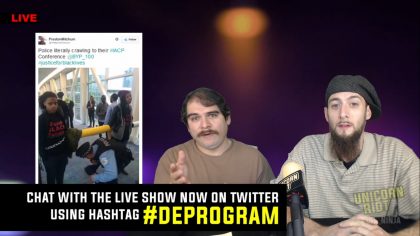 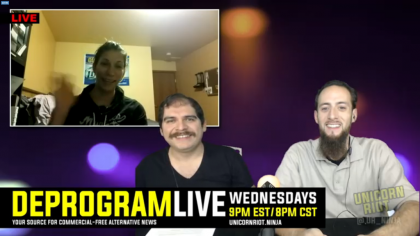