Unicorn Riot covered both actions and were live to record the militarized response and mass arrest at the first site.

A surveillance plane and helicopter circled overhead while police on the ground blocked all road access to both sites.

Construction equipment was still warm as people locked down to stop the laying of the pipeline. Fresh trenches dug deep in the earth showed that pipes had just been laid.

A second non-violent direct action,  which also shut down pipeline work for the day, occurred in a separate location.

At the second location, workers shared their joy with the water protectors as they left their equipment for the day.

Workers smile as they shut down their construction machinery at second site #NoDapl pic.twitter.com/QbnkDcYLBh

As the second site stopped work, dozens of riot police arrived to the first site, armed with assault rifles and less-lethal weapons. Around 20 people were arrested at the site of the #NoDAPL lockdown, including medics and two Unicorn Riot journalists.

we are now having connection issues & at same time @facebook has blocked our @livestream URL https://t.co/JCOVR1Y6bs pic.twitter.com/J7UEFE2ogF

Now back LIVE with massed riotpolice , they just started moving. Facebook is blocking us! https://t.co/JCOVR1Y6bs pic.twitter.com/z4UU9H0mpx

“So they’re pointing at everyone with cameras saying, he’s going, she’s going…So, it seems like they’re targeting media for arrest. We might be getting arrested here…” – Unicorn Riot journalist, via live video stream, just before being arrested.

Here’s the livestream of some of the arrests as well as the minutes right before Unicorn Riot journalists are arrested:

UPDATE: Both Unicorn Riot journalists were bonded out of jail after being booked on misdemeanor charges of Criminal Trespass.

The Morton County Sheriff’s Office lists 23 people as having been arrested and all are charged with Criminal Trespass. In a press release issued on Wednesday, Sheriff Kyle Kirchmeier announced added charges for the water protectors who used lockboxes to attach themselves to Dakota Access Pipeline construction machinery.

“Carlo Voli and Corey Maxa were arrested Tuesday, September 13th and will face an additional charge of reckless endangerment for attaching themselves to equipment…

The Morton County States Attorney’s office will pursue felony charges against the protesters who attached themselves to equipment due to the seriousness of the crime. Law enforcement officers are put in a dangerous situation when freeing these individuals, there is also a danger posed to DAPL, their workers and equipment along with the protester putting themselves also in a dangerous circumstance. We continue to encourage people to protest in peaceful and lawful manners.” – Morton County Sheriff 9/14/16 Press Release

For more information on the increased charges levied against those who locked down, visit our report from Wednesday’s actions and legal updates. 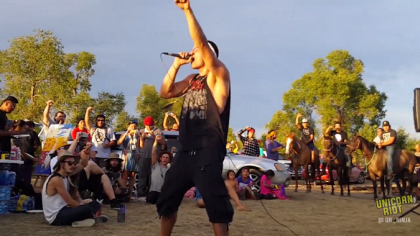 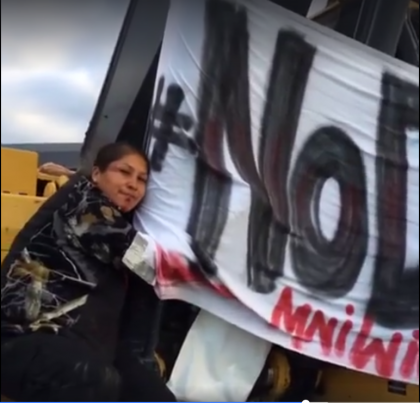