Minneapolis, MN – Fast food workers in Minneapolis have gone on strike as part of a nationwide day of action calling for livable wages. Twenty one people from a variety of occupations were cited for public nuisance after engaging in an act of civil disobedience by sitting in a circle on the corner of 24th Street and Nicollet Avenue and blocking traffic for over an hour.

Unicorn Riot was live to cover this action:

At this southside Minneapolis McDonald’s, around 6:30 a.m. CST, health care workers, faith workers, and more, were sitting in a circle, with a large group surrounding them in solidarity, demanding livable wages.

While we interviewed some of the folks participating, asking them why they are risking arrest, police started to make arrests during the interviews.

Ginger Jentzen, the Executive Director of 15 Now Minnesota, a local chapter of the 15 Now movement brought forth by Seattle’s Socialist Alternative City Council member Kshama Sawant, had this to say:

“All us workers need at least a livable wage. We want to start with making the steps towards a $15 minimum wage and the only way we’re gonna win it is through things like today, bigger demonstrations, showing them there is no way forward without the workers being in struggle to win what they deserve.” – Ginger Jentzen, E.D., 15 Now MN

“I think it’s calling attention to a very important issue. It’s not just about a $15 hour minimum wage, but it’s rejecting the agenda of xenophobia, sexism, and racism that recent elections have shown is actually a real problem.” – Ginger Jentzen, E.D., 15 Now MN

Organized by Centro de Trabajadores Unidos en Lucha (CTUL), the morning action is one of three they planned for the day, the other two being a retail janitorial action at Kohl’s in Eden Prairie and a Unity March starting at the University of Minnesota at 4:30 p.m. CST.

The fight against poverty wages has hit home hard for a lot of workers in the Minneapolis community as they have dealt with the passing of an organizer who struggled for livable wages for workers. A statement in the event page for this action reads as such:

“Poverty wages hurt families and our communities. In 2015, Teresa Benson, a Minneapolis fast food worker and leader with CTUL, passed away. Teresa was homeless, had no medical care, and ultimately ended up losing her life on the streets. We cannot lose another community member!” – Fast Food Strike for $15!

Darrell Paulsen, participating in this action for the second year in a row, said, “today, we have workers who have actually died because they’ve been homeless working at McDonalds. What kind of corporate greed is that?”

A bus driver who was also arrested brought into focus how simple expenses such as $1.75 bus fare prove to be a struggle for workers.

“I’m a bus driver, I see people going to work daily, struggling just to pay a dollar seventy five to get on the bus, just trying to go to work and they can’t pay for that. It’s through struggle that these things will be won, so that’s why I’m here today.” – Local bus driver arrested during morning action

Upon making the arrests, police handcuffed only two of the workers, bringing the arrested folks to the “booking van“, which was a Metro Transit bus. They took people’s information and were then going to bring that information to the City Attorney to see if they would like to press charges.

While the arrests were taking place, we interviewed two McDonalds workers who were on strike for the sixth time, struggling for a $15/hr minimum wage.

Minneapolis City Council voted against this proposal, saying that it isn’t a charter amendment, it is an ordinance, and therefore they couldn’t approve it going onto the ballot. In a reversal of that decision in July, workers were elated when a Hennepin County judge ruled in favor of having a $15/hr minimum wage referendum on the ballot for November, overturning the Minneapolis City Council decision. The excitement by the workers and organizers was quickly quelled as the ruling was subsequently over-ruled by the Minnesota Supreme Court.

To view the full stream from today’s action in which 21 people were cited for Public Nuisance, see below: 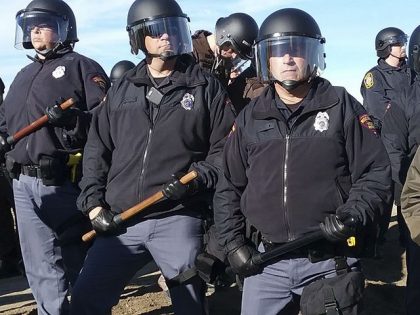 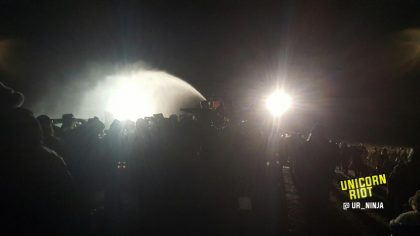